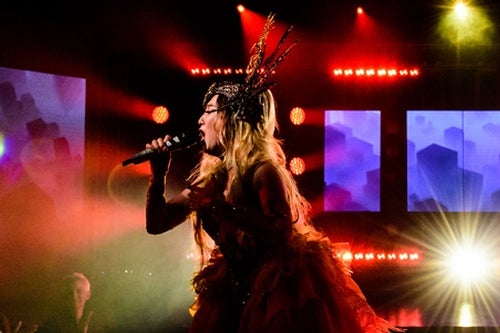 Ashley Park in the original K-Pop

“We are searching the world for talented performers for an exhilarating new Broadway show that takes a fictional look inside the KPOP universe”.

KPOP: The Broadway Musical launched a virtual open call to find the cast of the upcoming premiere, to be presentation on Broadway next season. The theatre and the dates have yet to be announced

Producers Tim Forbes and Joey Parnes, KPOP: The Broadway Musical are offering an on-line audition experience. To audition go to  kpopbroadway.com/casting and submit a video singing a contemporary K-pop (or pop) song; a dance reel, clip of a dance performance, or short video that show your dance abilities; and a copy of your résumé or a brief description of their singing, dancing, acting, and performance experience.

KPOP: The Broadway Musical is directed by Teddy Bergman and choreographed by Jennifer Weber. The show, takes audiences behind the scenes of the K-pop industry. KPOP is conceived by the Woodshed Collective and Jason Kim. The books by Kim, music, lyrics and music production by Helen Park, and music and lyrics by Max Vernon.

KPOP, played to an acclaimed, sold-out engagement Off-Broadway in 2017 through Ars Nova, Ma-Yi Theater, and the Woodshed Collective, which won the 2018 Lucille Lortel Award for Outstanding Musical at the A.R.T./New York Theaters.