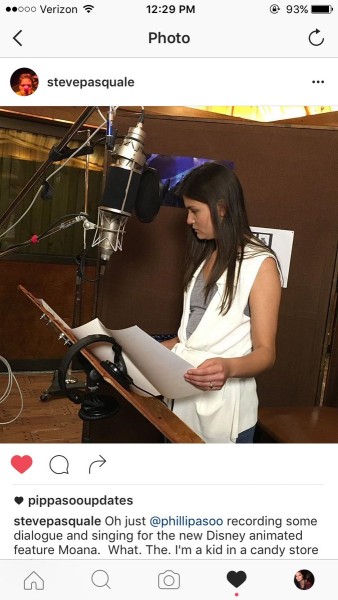 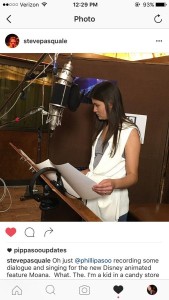 Phillips Soo burst onto everybody’s radar when she played Natasha in Natasha, Pierre and the Great Comet of 1812 at Ars Nova. She had just graduated from Juilliard. A brief recurring role on NBC’s Smash. Then Lin Manuel Miranda asked her to take part in a new show he was writing….Hamilton, which has earned her a Tony nomination for Best Performance by an Actress in a Leading Role in a Musical. Now Miranda has helped cast her in Disney’s upcoming animated feature Moana, for which Miranda is penning the score for. Soo will be playing a villager of Motunui, Moana’s home island.

The movie is Soo’s first animated voiceover role. Hamilton was her Broadway debut. Her screen credits include Richard LaGravenese’s Dangerous Liaisons and a brief recurring role on NBC’s Smash.

The pic will star newcomer Auli’i Cravalho as Moana Waialiki, a young girl in the South Pacific who sets sail in search of a fabled island with the help of legendary demi-god Maui, voiced by Dwayne Johnson.

Princess and the Frog writer-directors Ron Clements and John Musker are directing Moana from their screenplay, which also was written by John Musker, Pamela Ribon and Thor: Ragnorokhelmer Taikia Waititi.

Moana is set to hit theaters over the Thanksgiving holiday on Nov. 23.