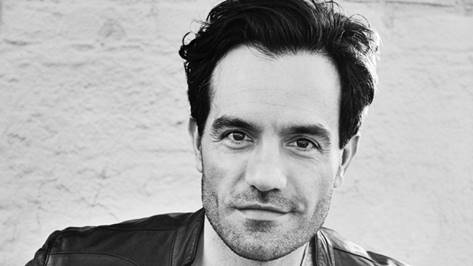 Tony and Olivier Award Nominated star Ramin Karimloo, by arrangement with Neil O’Brien Entertainment, will be returning to BB King Blues Club – for the fifth time – this summer for Ramin Karimloo Live. The Iranian-Canadian singer, currently starring on Broadway in Anastasia, will play one of his signature concerts at the legendary 42nd street blues club on Sunday, July 23rd and Monday, July 24th at 8PM.

“There’s no place like BB King’s,” says Ramin. “I’ve been playing there since 2012 and have made it a must-do when I’m in New York. From the people, to the history, to the venue itself, it’s easily become one of my favorite stages to jam on.”

Ramin Karimloo Live will offer fans that unique blend of rock, bluegrass and country that he discovered when recording his debut album “Human Heart” in 2012. He says, “I wanted to marry the sounds of rock and country with the signature musical theater sound that people know me for.” Drawing from musical influences like The Tragically Hip, Johnny Cash, Mumford & Sons and The Avett Brothers, he found the sound he was looking for and dubbed it “Broadgrass.”

In addition to his impressive stage credits, which include starring roles in Les Misérables on Broadway and West End; Phantom of The Opera, Love Never Dies and currently on Broadway in the smash hit new musical Anastasia, Ramin has toured the world performing solo concerts, and with his band, Ramin Karimloo & The Broadgrass Band. He has released three solo albums on Sony Records: Human Heart, The Road to Find Out: East, and The Road to Find out: South.

Additional, recent stage credits include Tom in Murder Ballad (West End), Che in Evita (Vancouver Opera), Archibald Craven in The Secret Garden (Lincoln Center), and White Rabbit Red Rabbit in NYC. In December 2015, Ramin played the lead in the World Premiere of Prince of Broadway at the Tokyo Theatre Orb and the Umeda Arts Theater in Osaka.

In addition to his impressive stage credits, Ramin has toured the world performing solo concerts, and with his band, Ramin Karimloo & The Broadgrass Band. He has released three solo albums on Sony Records: Human Heart, The Road to Find Out: East, and The Road to Find out: South.