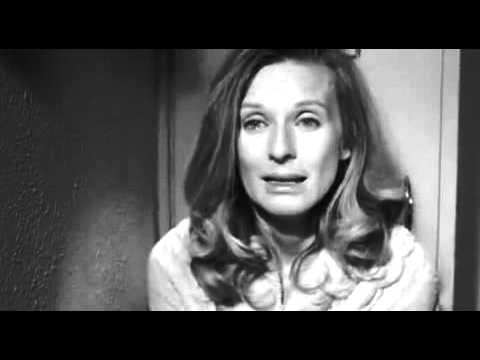 Cloris Leachman is an Oscar and eight time Emmy winner. She won two of those Emmy’s as Mary Tyler Moores neurotic neighbor Phyllis Lindstrom on “The Mary Tyler Moore Show.” Her next Emmy came from the ABC drama i “A Brand New Life” and led, in 1975, to her own series, which lasted two seasons. Her fourth Emmy was for a guest role on the variety series “Cher.” Emmys five and six would come for ABC Afterschool Special “The Woman Who Willed a Miracle” in 1983 and the SAG 50th Anniversary celebration the following year. Leachman recurred on “Malcolm in the Middle” earning two more Emmy Awards and and several Emmy nominations. Her 19th Emmy nomination was on Fox’s “Raising Hope.”

She made guest appearances on TV series including “Gunsmoke” and “Alfred Hitchcock Presents.” She also was a series regular in the hit series “The Facts of Life.” She also starred in the “The Ellen Show,” “Touched by an Angel,”“Diagnosis Murder,” “Two and a Half Men,” “The Office,” “Little Piece of Heaven,” “Fine Things,” “Deadly Intentions,” “The Oldest Living Graduate,” “Advice to the Lovelorn,” “Miss All American Beauty,” “Dixie,” “Mrs. R’s Daughter,” “Fade to Black,” “Between Love and Honor,” “Miracle Child” and “Double, Double, Toil and Trouble” and just to name a few.

Cloris also won an Oscar for the bitter, small-town housewife in Peter Bogdanovich’s “The Last Picture Show.” She reprise her role in the film’s sequel “Texasville.” I remember her best from “The Story of Bonnie and Clyde,” Mel Brooks’ “Young Frankenstein”and “High Anxiety.”

Leachman was in her 40s when stardom finally hit but she had worked over two decades in theater, television and film.

“The Longest Yard,” “The Women,” “The History of the World Part I,” “Walk Like a Man” and film version of “The Beverly Hillbillies” in the role of Granny were again just a few examples of her amazing work.

Starting out in theater her role in “A Story for Sunday Evening” brought her good notices. She played on Broadway for eight months in “King of Hearts.” She also played Nellie Forbush in a special revival of “South Pacific.” 1996 she appeared in the Los Angeles touring version of “Showboat.”

If you research Ms. Leechman you will see she has an intensive

Leachman was a contestant on season seven of “Dancing With the Stars” in 2008, where at age 82, was the oldest contestant to dance on the series.

Leachman is the mother of five children by producer George Englund. She died of natural causes on Tuesday in Encinitas, Calif. She was 94.