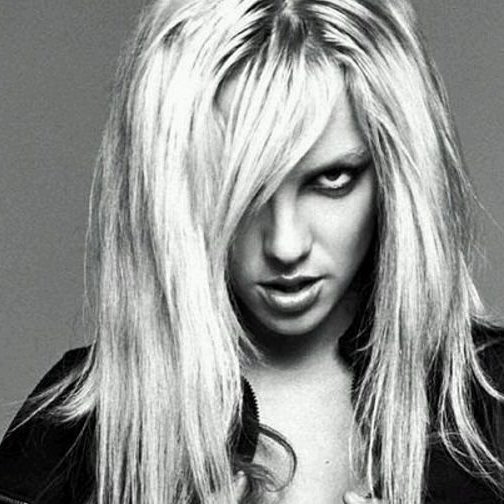 BRIT NEWS — (per DAZED) – Britney Spears’ shocking conservatorship battle is the subject of a new doc. The New York Times film will delve into the #FreeBritney movement, which sees concerned fans campaigning for the pop star’s independence.

Titled Framing Britney Spears, the film will track the singer’s rise to pop stardom, her struggles with mental health and subsequent hospitalization, and the #FreeBritney movement, which seeks to help Britney regain her independence.

Britney’s father, Jamie Spears, has controlled his daughter’s career and finances since 2008, after she was admitted to psychiatric hospital for five days. Though it was meant to end in 2009, it’s still ongoing today – over a decade later. The case has been handled privately for most of that time, but has come to public attention in recent years, in part due to the fan-launched #FreeBritney movement.

“How we treated her was disgusting,” one interviewee says in the trailer for Framing Britney Spears. “Why is her dad making all her decisions?” questions another, adding: “Why is she still in this?”

In November last year, a judge declined to suspend Jamie from his central role in the conservatorship, leading to Britney asserting that she “will not perform again if her father is in charge of her career”.

Jamie, however, has stood by his role as the singer’s conservator, telling CNN last month: “When a family member needs special care and protection, families need to step up, as I have done for the last 12-plus years, to safeguard, protect, and continue to love Britney unconditionally. I have and will continue to provide unwavering love and fierce protection against those with self-serving interests, and those who seek to harm her or my family.”

At the time of writing, Britney’s conservatorship will remain until at least next month, though her former estate manager says she could be under it “for the rest of her life.”

For several years I was closely involved with another personality who just might have been the precursor to Britney. Yes, her family was involved, but I have tell you that almost everything they did was for this singer … and, it helped.

Sure, it got a bit dicey during the last few years when the dollars came rolling in and that’s when I bailed, but having family involved is not a bad thing at all. Face it, many of these so-called teen idols, were literally in their teens when they started and who better to have a parent or brother or sister around.

Sure, when I look back now, I can see certain things may have been better addressed or tweaked, but for the most part I saw it, and still see it, as a good thing.

When Britney shaved her head and had an episode at a gas station in Ventura County, LA in 2007 … yes, things were beginning to unwind for her.  Still, all these years later and especially after a very successful residency at Robert Earl’s Planet Hollywood in Vegas, does her father still have to hold the reigns?

Having more than a little bit of experience in something like this … something does indeed sound fishy. This documentary will be highly revealing. Stay tuned for sure.

MARY’S ABBEY — Abbey Road Studios will be the subject of a new documentary, directed by celebrated British photographer and filmmaker Mary McCartney. The 51-year-old photographer is the daughter of Paul McCartney and Linda McCartney. The feature length film, If These Walls Could Sing, is described in the January 12, 2021, announcement as “the untold story of the world-famous” London studios.

It comes from Mercury Studios, the music-first content studio from Universal Music Group, and will be produced by Academy Award®, BAFTA and Emmy Award-winner John Battsek (Searching For Sugar Man).

A trailer has not yet been made available, nor has a release date been disclosed.

Mary McCartney brings a unique and personal perspective on the history of Abbey Road. She says, “Some of my earliest memories as a young child come from time spent at Abbey Road. I’ve long wanted to tell the story of this historic place and I couldn’t be collaborating with a better team than John and Mercury Studios to make this creative ambition a reality.”

Isabel Garvey, of Abbey Road, said, “If these walls could sing. I have lost count how many times I’ve heard that said at Abbey Road over the years. I can’t wait for some of these stories to finally come to life in what will become a timeless documentary.”

From the announcement: If These Walls Could Sing marks the first time Abbey Road has opened its doors to a feature length documentary and will be the centerpiece of the legendary recording studios’ 90th anniversary celebrations which begin in November. It will tell countless stories featuring an all-star cast of interviews, unparalleled access to the studios and, of course, a spellbinding soundtrack.

SHORT TAKES —Back in the day (and, I am going back several decades) the byline Charley Crespo was literally everywhere. The Aquarian; Hit Parader; the Voice … he was one of the main media names in town – and, back then, maybe Lou O’Neill (in the New York Post no less) was the other! I even remember making a trip to Atlanta for the opening of the Limelight disco there with him … and, Mark Bego! After an extended disappearance … Charley’s back at the new Village Sun. His first few columns were on the few clubs in NYC still having live music; and, there was also a great column on The Ritz’s Jerry Brandt. We’ve actually already emailed back and forth and hope to meet up shortly. Indeed, everything old is new again …

Bernie Sanders, a fashion icon? Those mittens were an international hit. I personally liked him imagined on the cover of All Things Must Pass …

Olivia Rodrigo’s hit “Driver’s License” has been an international and domestic hit for two weeks running. What’s next “Learner’s Permit?” … We watched the debut episode with the new Batwoman, with Javica Leslie (Where Is Kate Kane?) and was terrifically impressed by how well the narrative seemed so consistent to last year. There was nary a change at all, except for the girl in the suit. Clearly the search for Kate Kane will go on and at some point be resolved. Kudos all … Supreme-Mary Wilson posted that she watched Regina King’s One Night In Miami last weekend and loved it. This could well be the gem of the season. Check it out on Amazon … Christian Nesmith mixing the forthcoming Dolenz Sings Nesmith album fr 7A Records ,,,  And, AMC Theaters has announced that they have received enough funding to stay open through 2021. Bankruptcy is completely off the table. Finally some good news for 2021.