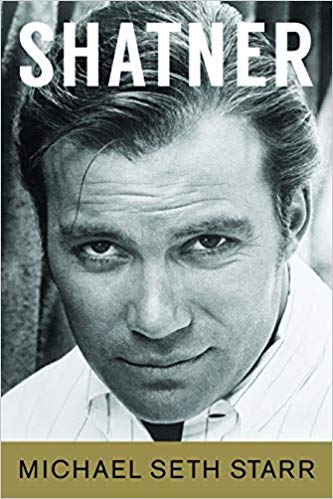 CAN’T STOP THE SHAT — Screen Media has acquired worldwide distribution rights to Senior Moment, a comedy directed by Giorgio Serafini that stars William Shatner, Christopher Lloyd and Jean Smart. The pic will hit theaters and on demand in March.

Shatner plays Victor Martin, a retired NASA test pilot often seen speeding around Palm Springs in his vintage Porsche convertible with his best friend Sal (Lloyd) in tow. His life changes when his license is revoked and he meets his polar opposite Caroline (Smart) on the bus, learning to navigate love and life again as he goes up against the state’s new DA to get back his license and car. Esai Morales and Katrina Bowden also star.

Man, you cannot stop the 89-year old Shat. Even after last year’s dismal biography by Michael Starr, Shatner is speeding light years ahead – sorry, couldn’t’ resist. For Trekkers, Shatner and Lloyd first joined together onscreen in Star Trek III: The Search For Spock in 1984. Sure, Lloyd was a Klingon, but he was a pretty good Klingon.

STAR TREK, DISCOVERY REDEUX — We had some pretty harsh words for the CBS-rebooted Star Trek: Discovery – first gotten together by the always imaginative Bryan Fuller. It was a CBS-All Access show -which meant you had to pony up for their streaming service.  But, during the pandemic, CBS put it on their network queue.

It started out looking pretty great; but, the characters, save for Gabriel Lorca (Jason Isaacs), were pretty vanilla. I said then that unlike the original TV series eons ago, there was really no likable figures; ones you could root for. I watched and watched and it actually began to get a lot better.  I don’t know if it was the behind-the-scene changes … but, it got a whole lot better.

The background for the whole series was that the Federation was locked in a war with the Klingons.

Last week’s episode showed that Lorca was actually from another time and his attempt to get back to it was thwarted by the crew of the Discovery, which made  for a hasty exit at the end through a wormhole and they arrived seemingly in a time when the Klingons won the war.

In the terrifically titled episode, What’s Past Is Prologue, they wound up the Lorca-incident and are now positioned in this post-war time with the Klingons. There are two more episodes in this Season 1 … so, stay tuned.

SHORT TAKES — I’ve watched the Blacklist now for eight seasons and at the top of each show, they feature the week’s Blacklister. Last night I watched their latest episode (the third of season 8) and the Blacklister was Elizabeth Keen – possibly Red’s daughter. This has been a great show: James Spader’s acting is off the charts-  and it was just renewed for a season 9. Congrats all …The second season of TNT’s Snowpierecer began this week and they’ve turned the initial story around somewhat in introducing the mysterious Mr. Wilford (played by Sean Bean) who is in a second train that has attached itself to Snowpierecer (the first train) … got that?

Jennifer Connelly (Melanie), a baddie in the first, is now with Daveed Diggs and the rest of his rag-tag group. Melanie’s daughter, thought long gone, is with Wilford. I read one early review, where one wag said that changing the dynamic of the original story destroyed it. Watching this first episode … I’m not so sure. The addition of Bean, perhaps best know for his Games of Thrones and Lord of the Rings  roles, is a brilliant move and Connelly is no slouch either. The beginning of the episode began as an animated graphic-novel and then morphed into live action. Pretty nifty if you ask me. The show was recently renewed for a third season …

Romeo Delight at the Sellersville Theater in Philly on Friday, February 5 – https://www.st94.com/events/romeo-delight

… Fresh from his EMMY-nominated role of Ernie West, in Ryan Murphy’s brilliant Hollywood, Dylan McDermott joins Law & Order: Organized Crime with Christopher Meloni reprising his role as Elliot Stabler. Good move, McDermott, who didn’t win the Emmy; should have …  RIP Sonny Fox (Wonderama) and Cloris Leachman  … And, Condolences to Steve and Katie Leeds on the passing of Wendy. We enjoyed many a great time with them for the Walk For Wendy events. RIP.