Liliane Montevecchi was exquisitely French, like the finest vintage champagne. Her remarkable journey began as a Prima Ballerina in Paris with the Roland Petit’s dance company. Later becoming an MGM film star, she ended up as one of Broadway’s most beloved divas. Liliane captivated the minute she steps on stage. On Broadway Ms. Montevecchi received a Tony Award and a Drama Desk Award for her performance in Tommy Tune’s Nine. She followed that up with another Tune show, Grand Hotel. T2C is sad to report Tony winner Liliane Montevecchi passed away today, at 85 years old. 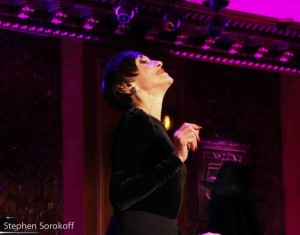 She appeared in “The Glass Slipper” with Michael Wilding and “Daddy Long Legs” with Fred Astaire. With MGM, she appeared in “Moonfleet” with Stewart Granger, “Meet Me in Las Vegas” with Cyd Charisse, “The Sad Sack” with Jerry Lewis, “King Creole” with Elvis Presley and “The Young Lions” with Montgomery Clift, Dean Martin and Marlon Brando. 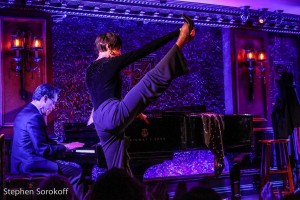 She took classes at The Actors Studio in New York, alongside Marilyn Monroe. 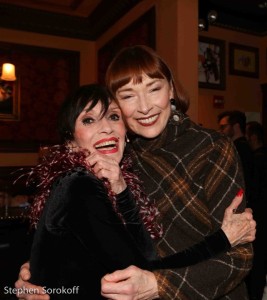 Montevecchi replaced Colette Brosset in the 1958 Broadway revue La Plume de Ma Tante and was a star in the Folies Bergère. In 1982 her performance in Nine, with Raúl Juliá, won her the Tony and Drama Desk Award for Best Featured Actress in a Musical. Seven years later she starred in Grand Hotel, earning a Tony nomination for Best Actress in a Musical.

On TV she guest-starred in over 20 shows and on film you can find her in “Wall Street” and “How to Lose a Guy in 10 Days” with Matthew McConaughey. She has appeared in concert at Carnegie Hall and Lincoln Center and toured internationally with her semi-autobiographical shows On the Boulevard and Back on the Boulevard. She was featured in the recording of the 1985 concert version of Follies staged at Avery Fisher Hall, and she starred in musicals such as Irma La Douce, Gigi and Hello Dolly!.

In 2016 we interviewed the wonderful and vibrant Ms. Montevecchi and we leave you with that interview.

What To Watch September 11th To Take Away The Blues