September is Packed With Things To Do 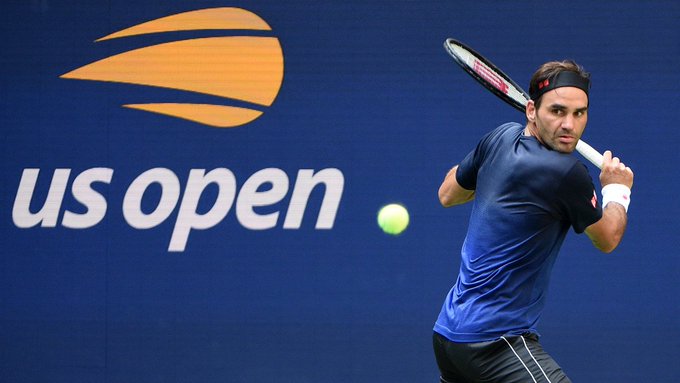 September is Packed With Things To Do

With Fashion Week, the US Open, music, art and festivals galore, I hope you got some much needed rest during the summer. You’re going to need it.

9/1: The Great North River Tugboat Race & Competition begins with a tug parade at 11:15 a.m. and ends with contests and awards at Pier 84. Schedule flyer. Free to watch from Pier 84, or you can buy tickets to board the spectator boat on Pier 83.

9/1: Watch hundreds of unicycles roll around the city Thursday and Friday, or try it yourself at New York City Unicycle Festival, with unicycle sports, exhibitions, and races at Governors Island (Sat. & Sun., 12 to 5 p.m.). Free.

9/1: Electric Zoo is an electronic dance-music festival that brings top acts and 100,000 fans to Randall’s Island Park each Labor Day weekend for age

9/1 – 8: Watch the world’s best players compete under the open sky at the U.S. Open Tennis Championship at Arthur Ashe Stadium in Flushing Meadows.

9/3 – 16: Get two tickets for the price of one, or get upgraded seats for select theater shows during NYC Broadway Week.

9/3 – 10/1: Free Summer Movies are shown evenings at parks in Manhattan, Queens, Brooklyn, and the Bronx.

9/8: NYC Century Bike Tour offers rides ranging from 15 to 100 miles, and you can start either at Central Park or Prospect Park. (The 15-mile option starts only at Prospect Park, has a police escort, and fills early.) The Finish Festival is at the north end of Central Park.

9/11 (dusk to dawn): Tribute in Light is two brilliant beams (308,000 watts each) that shine upward all night from atop Battery Parking Garage near the World Trade Center site. Free.

9/12 – 22: The Feast of San Gennaro is famous for its religious processions and eating contests (cannoli, meatballs), and includes live music and ethnic foods in Little Italy, mostly on on Mulberry Street (from Canal to Houston). Free.

9/17 – 29: NYC locations,Oyster Week is a series of adventurous dining events and activities that benefit sustainable aquaculture.

9/21: Get a free ticket that allows two people to visit one of the many museums participating in Museum Day Live.

9/21: Taste hundreds of wines from around the world with with live entertainment, interactive games, and food for sale during New York City Wine Fest at The Tunnel for age 21+.

9/21: Escape New York has scenic rides ranging from 25 to 100 miles. Begin in Sakura Park, cross the George Washington Bridge, and return to a finish-line festival.

9/21 (12:30 to 5 p.m.): Food-cart and food-truck vendors prepare their best dishes for you and the judges at the Vendy Awards, which includes live music, beer, wine, beverages, performances, and awards on Governors Island.

9/26 – 29: New York Burlesque Festival is four nights of bump and grind by 100 performers in feathers and lace, including a glittery razzle-dazzle spectacular on Saturday.

9/28: Learn about the oceans from marine scientists, tour a boat, visit the kid zone, fish, and kayak at Submerge on Pier 84 at Hudson River Park. The date changes to Sunday if it rains. Free.

9/29: Tunnel to Towers 5K Run & Walk honors and provides financial support to our first responders and military, departing from the parking lot of IKEA in Red Hook.