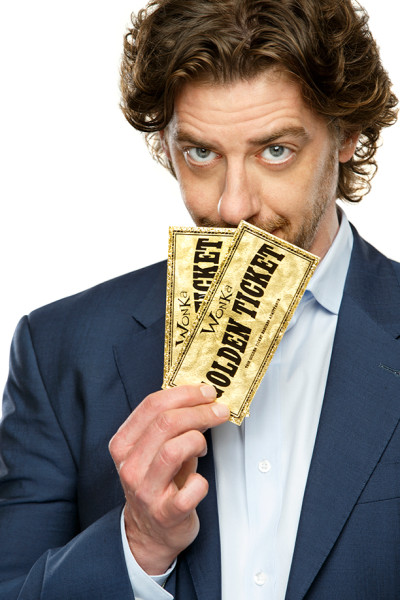 Theatre Brings Out The Stars This September

Theatre Brings Out The Stars This September 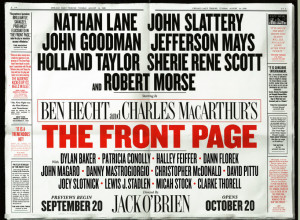 Coming to Broadway this season are some starry sightings and some old favorites. Let’s see what’s ahead.

Cats already meowed onto Broadway this summer. Now  Andrew Lloyd Webber has three shows back on the Great White Way.

Heisenberg: Broadway transfer of the 2015 Off-Broadway hit by Tony Award-winner Simon Stephens for The Curious Incident of the Dog in the Night-Time. Amidst the bustle of a crowded London train station, Georgie (Mary Louise Parker) spots Alex (Denis Arndt), a much older man, and plants a kiss on his neck and life-changing game begins. Mark Brokaw directs. Previews begin September 20 at the Samuel J. Friedman Theatre. Opens October 13th.

Falsettos: This is at the top of my list with two-time Tony  winner Christian Borle, Stephanie J. Block and Andrew Rannells. This is a revival of the 1992 musical written by William Finn (music & lyrics) and James Lapine (book), and directed by Lapine. Marvin (Borle) struggles to create a “tight-knit family” with his ex-wife, his new boyfriend, his adolescent son, his psychiatrist and his neighbors. Previews begin September 29 at the Walter Kerr Theatre. Opens October 27th.

Les Liaisons Dangereuses: Janet McTeer and Liev Schreiber star in a revival of Christopher Hampton’s 1985 play about sexual intrigue in 18th century France. This is a transfer from the hit 2015 production from the Donmar Warehouse in London. October 8 at the Booth Theatre. Opens October 30th.

Natasha, Pierre And The Great Comet Of 1812: This show played in  2013 and was created by Ars Nova.  Josh Groban makes his Broadway debut in this Leo Tolstoy’s epic novel. Broadway’s Imperial Theatre is being reconfigured to accommodate the environmental staging by Rachel Chavkin. Previews begin October 18 at the Imperial Theatre. Opens November 14th.

A Bronx Tale: Musical Co-Directed by Robert DeNiro and Jerry Zacks with Nick Cordero. Based on Chazz Palminteri’s solo show and film, about a young boy from a working-class family who gets involved in the world of organized crime. Music by Tony and Oscar winner Alan Menken with book and lyrics by Palminteri and Glenn Slater. Opens December 1st. at the Longacre Theatre.

Dear Even Hanson: We loved this when it played Off-Broadway. This  musical by Benj Pasek and Justin Paul (Dogfight, A Christmas Story) and Steven Levenson (libretto), about a depressed High School student (Ben Platt) who gets thrust into fame when another student commits sucide. Opens December 4th at the Belasco Theatre.

In Transit: Featuring an a cappella score from the talents behind “Frozen” and “Pitch Perfect”. In Transit follows the intertwining lives of eleven New Yorkers, all hoping to catch the express train to success, love and happiness. Circle in the Square Theatre. Opens December 11th.

In The New Year

The Present: Cate Blanchett and Richard Roxburgh in Andrew Upton’s new play, based on Anton Chekhov’s Platonov, about a disillusioned schoolteacher and the woman who loves him, with the action transposed to the 1990s. John Crowley recreates his staging, seen previously at the Sydney Theatre Company of Australia, where the play debuted in 2015. Begins previews December 17 at the Ethel Barrymore Theatre. Opens January 8, 2017.

Come From Away: New musical that explores the lasting connection forged between a group of travelers whose planes were diverted to a small Newfoundland town on September 11, 2001. Book, music and lyrics by the Canadian husband-and-wife team The fall 2015 run at Seattle Repertory Theatre, broke box-office records. Opens March 12th at a Shubert theatre.

Miss Saigon: Revival of the long-running musical based on the play and opera Madame Butterfly, but with the action transposed to the Vietnam War, written by the Les Misérables team of Claude-Michel Schönberg and Alain Boublil. Produced previously in London by Cameron Mackintosh. Opening March 23rd at the Broadway Theatre.

Hello, Dolly! Talk about anticipated…Bette Midler and David Hyde Pierce will star in a revival of the hit 1964 musical about a Yonkers, NY, matchmaker who journeys to New York City to find matches for three young couples—as well as one for herself. Jerry Zaks will direct and Warren Carlyle will choreograph. Music and lyrics by Jerry Herman and a book by Michael Stewart. pens April 20th at the Shubert Theatre.

Charlie And The Chocolate Factory: Stage adaptation of Roald Dahl’s children’s classic, also the basis for the film Willie Wonka and the Chocolate Factory, about a poor boy who wins a golden ticket that allows him to spend a day at the magical chocolate factory run by the mysterious and eccentric confectionary genius Willie Wonka. Two-time Tony Award winner Christian Borle plays Wonka in the Broadway transfer of this 2013 West End hit. The score is by the Hairspray team of Marc Shaiman and Scott Wittman. Jack O’Brien directs. Opens April 23rd at the Lunt-Fontanne Theatre.

Anastasia: New musical based on the 1997 animated film is being adapted by Terrence McNally. The story follows a young woman who may be the last surviving member of the Russian royal family. The Lynn Ahrens/Stephen Flaherty score uses songs from the movie, including the Oscar- nominated “Journey to the Past. Tony winner Darko Tresnjak ( Gentleman’s Guide to Love and Murder) directs the musical. Opens April 24th at the Broadhurst Theatre.

Show We Know Will be Slated But is Missing A Theatre.

The Spongebob Musical: This musical adaptation of the hit Nickelodeon cartoon series got raves in Chicago. The show has a book by Kyle Jarrow and a score by pop writers, including Steven Tyler, Cyndi Lauper, They Might Be Giants, Jonathan Coulton, Dirty Projectors, The Flaming Lips, Sara Bareilles, John Legend, Lady Antebellum, Panic! At the Disco, Plain White T’s, T.I. and David Bowie.