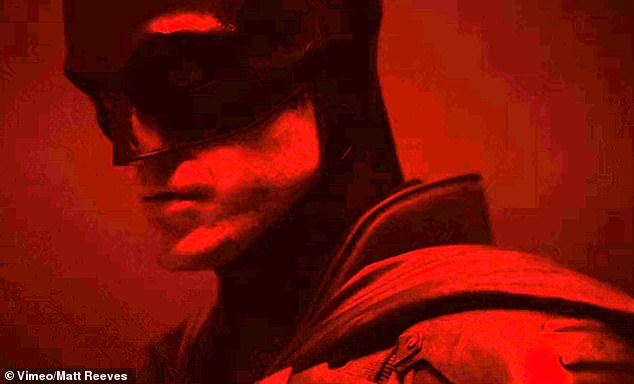 SNYDER’S JUSTICE CUT — At Saturday’s DC Fandome, director Zack Snyder confirmed what had been leaking out there: His new cut of Justice League will be available in four separate one-hour installments on HBO Max.

“We’ll find a way of bundling it all together at the end,” said the filmmaker, who also promised overseas fans, who don’t yet have the streaming service in their country “we’ll find a way for you to see it.”

The trailer for Snyder Cut leaked online earlier today and was pulled. The trailer reveals a redesigned Steppenwolf, and a shot of Darkseid, who Snyder is restoring at the film’s main villain, which was his original intention. Snyder also promised more Cyborg and Flash in his version.

Back in May during a Vero Watch Party for his 2013 Superman movie Man of Steel, Snyder revealed that his director’s cut of Justice League, which was originally finished by Joss Whedon, was coming to HBO Max in 2021. Warner Bros.came to the decision to release the Snyder Cut after fans called for it. No definite date was given yet as to when the feature would drop in 2021. But, wouldn’t it be great if Snyder gets it finished in time for Christmas?

The movie, which brought together Wonder Woman, Batman, Superman, Aquaman, The Flash and Cyborg, was expected to be the DC cinematic universe’s Avengers in commercial and fanboy potential, but it unfortunately was not. Snyder’s cut is expected to be darker. Take a look at the trailer:

I love Snyder’s work (his Watchman is still one of my all-time faves), but his Justice League was a tad confusing. The narrative went on and on. And, as spectacular as some of the scenes were … it was just a bit too much. Yes, I know it was to be Avengers-like … but, in the end it was ultimately confusing. That said, Ezra Miller as The Flash, was simply delightful. There’s a Flash-movie coming, so am ready for that.

The new  Justice League trailer is good -love Superman’s black-suit- but, again, a tad too much going on. There is a huge demand for it, so we’ll see.

DIAMOND IN THE ROUGH — He never saw this hit coming. Friday night, at Calabasas in LA, a 6 ton oak tree came crashing through the bedroom window of twice nominated Grammy & multi-platinum record producer Joel Diamond and Knight Rider star actress/singer wife Rebecca Holden’s home and also at the same time demolishing three cars including Diamond’s classic Jaguar; that just came back from the body shop two days ago after having a scratch taken out (see photo).

The leading arborist in Calabasas, who specializes in oak trees, recently valued this particular tree at $250,000.00 and also said “I have never seen such a spectacular oak tree in my entire life,” and even asked to take a personal picture of it.

Singer Tony Orlando, who shares a 50 year friendship with Joel Diamond and whose signature #1 recording of “Tie A Yellow Ribbon ‘round The Old Oak Tree,” was recently over to the Diamond house and he said: “After tying over 4,000 yellow ribbons on oak trees around the world, your tree is by far the most magnificent oak tree I have ever seen.”

Martin spoke to Miller for over an hour, talking about the band’s new album East Side Sessions; his presence at the original Woodstock festival; his past work with his own 32 Records; and, an amazing 5-string bass that he plays on “I’m Falling Off Of The World” …

The Batman trailer has gone live at the DC  Fandome yesterday and it has not disappointed. The dark trailer shows off the noir vibe director Matt Reeves promised to showcase, and Robert Pattinson’s take on Bruce Wayne is being dissected by millions. Of course, each shot of the trailer is being closely examined, and fans are stuck on one scene that pays homage to one of Batman’s most famous lines. Towards the end of the trailer, fans will find Batman in his full gear facing a crowd of enemies. The baddies are as nervous about Batman’s appearance as they are enraged, and one of the henchmen speaks up. He asks the hero who he thinks he is, and Pattinson responds with some swift justice. Batman takes the baddie out with a barrage of hits, and he ends the assault with this iconic line: “I’m vengeance.” My thoughts as a die-hard Batman fan – and, one who thought Ben Affleck could have been the best of them all – Pattinson definitely brings a brooding, noirlook to them film; perhaps an even Darker Knight … and, maybe a tad too goth-like too. I don’t know however, if that’s what Batman-creators Bob Kane and Bill Finger ever had in mind in their initial vision Jeffrey Wright, who essays Commissioner Gordon, is perfect. I remain interested and will definitely see this one. Here’s the trailer:

Table 87 in Brooklyn is an outstanding foodie-spot. I’ve been there for the last two nights for dinner and it has not disappointed in the least. The penne alla vodka is nothing short of spectacular. I recommend it very highly … Interesting item from Roger Friedman’s Showbiz 411 column about Larry King’s two-children passing away. here it is: https://www.showbiz411.com/2020/08/22/larry-king-86-acknowledges-deaths-of-two-adult-children-andy-and-chaia-king-within-weeks-of-each-other …  and, SIGHTING: dis COMPANY’s David Salidor being feted at La Pecora Bianca in Chelsea for his BDay by staff.