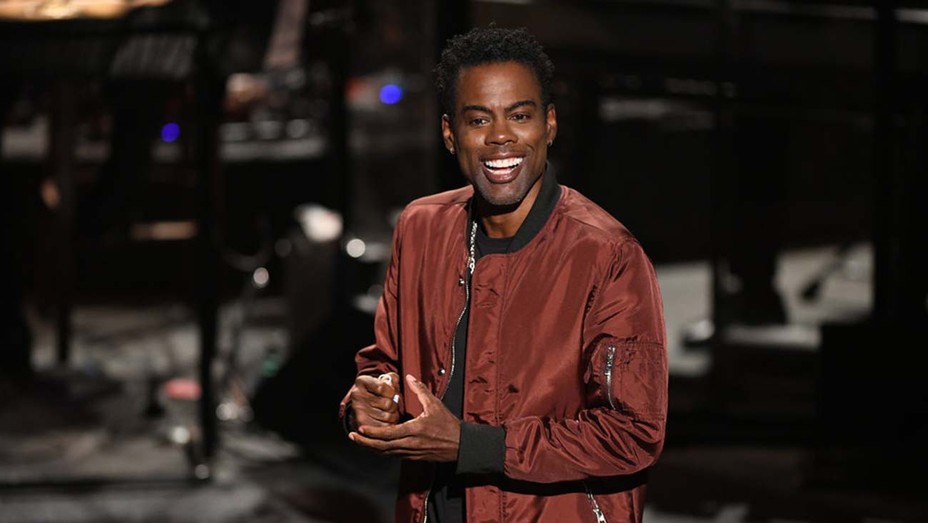 ROCK’S SNL — Ratings were up a staggering 77% from last year’s premiere, but what a gawd awful show. The opening skit; featuring Alec Baldwin as you-know-who and Jim Carrey as Joe Biden went on far too long. Carrey was great, but it was more Carrey than Biden if you ask me. Maya Rudolph showed up as Kamala Harris and was, well, just OK. For a brief moment, it seemed all three of them were lost in the headlights as they stared blankly at the cue cards, not sure how to proceed. Kind of a disaster if you ask me. Chris Rock was good, but a bit off his game. The sitting audience consisted all first-responders and that was a nice touch for sure. Rock had one funny joke: Talking about all the COVID-tests he said: “I haven’t had so much stuff up my nose since I shared a dressing room with Chris Farley.” If you remember Farley, it was funny and bittersweet. The skits were just awful and made me wonder how much time during the pandemic did the writers spend on writing it … clearly not enough. Why the ratings bump? well, boredom and frustration over everything surely accounted for that. Watching the last several seasons made me think, what’s happened to creator SNL-chieftain Lorne Michaels? This is the fellow who once offered the Beatles a paltry 3 million dollars (in 1976) to get back together once. Lennon and McCartney actually were going to come down to the live show and accept; and, several episodes later he argued with George Harrison over the amount on-camera. He used to have a flair for off-beat comedy. But, not now. Sad for sure. 46 seasons is a record, but in reality, this show hasn’t been funny for decades. Think Belushi, Aykroyd, Chase, even Murphy … yes, those were the days!

The US Supreme Court refused Monday, to hear the case following a petition filed by the estate of Spirit’s Randy Wolfe (aka Randy California) in August.

The legal battle was brought by Randy California’s estate in 2014, accusing Robert Plant and Jimmy Page of copying the opening riff of “Stairway to Heaven” from the Spirit song, “Taurus.”

I’ve heard both songs and IMO there is a similarity. But courts are like a bingo game: you can either suddenly win … or, suddenly lose. That’s why most suits are settled out of court. There’s no telling what could happen.

Truth be told, this was the highest profile case of this type since George Harrison, when he was sued by the “He’s So Fine” writers … as his “My Sweet Lord” was deemed too similar. Harrison even performed in court … to no avail.

GRAMMY UPDATE — (per Roger Friedman/SHOWBIZ 411) I spoke to Harvey Mason Jr. tonight, he’s the acting head of the Recording Academy while a search committee convenes to find a permanent chief after surviving the Deborah Dugan debacle last winter. The Academy is having its own woes.

A few days ago the Academy laid off 13 full time staffers, including some top people. Nine were from the Academy itself, four from MusiCares, the Grammys’ charitable arm. It wasn’t easy

Mason told me, “It was very hard to part ways with long time members of the Academy.” But he had to do it as part of reorganization that’s been going on all year. For one thing, it will also make things easier for a new CEO to start with a pared down group (It sounds like the search committee is making progress).

The bigger news from the Grammys is harder to swallow for the public and for music lovers, but reality bites this year. The obvious headline is that the Grammys, set for January 31st on CBS, will be presented without a live audience. “That seems to be the track we’re on,” Mason said, because of restrictions at the Staples Center and in Los Angeles. Another track might be to have the show somewhere else, but really, no arena will be inviting in 15,000 strangers this winter. We have to accept what we cannot change.

Also considerably altered will be the MusiCares Person of the Year dinner. A gala for 3,000 people at the Los Angeles Convention Center isn’t possible or feasible. But somehow the event will be presented, probably in a virtual/digital form, because the revenue from it is so important.

MusiCares takes care of musicians in need of medical help, financial assistance, a wide variety of things. With the pandemic destroying incomes this year, MusiCares must raise as much money as possible. Mason did not tell me who the honoree might be this year. But whoever it is, MusiCares can still put on one of its amazing tribute shows without anyone getting sick.

I’m not worried about the Grammys. The new Executive Producer is Ben Winston, who produces James Corden’s lively and entertaining nightly late night talk show. Winston knows how to make performances pop in this new format. The Grammys and all its ancillary events will soldier on. And the return in 2022 will be all the sweeter.

Meantime, circle your calendar for October 16th on PBS for “Grammy Salute to Legends,” which I’m told is sensational.

Clearly Mason didn’t go on about the Deborah Dugan affair – nor, the Dana Tomarken one. Tomarken ran MusicCares with an iron fist and angered almost everyone in the biz. She took no prisoners. Duggan was quickly and discreetly (somewhat) ushered out the door last year after making disparaging comments about the show and NARAS.

I’d still love to hear her thoughts, but her settlement deal (which may have resulted in those 13 long-terms staffers dispatched) probably would prevent that. I don’t know her and still don’t know what precipitated her statements, but I bet it’s a rich story. Things haven’t been the same at NARAS since.

For my money, I’d still pick producer Joel Diamond as the new head there as I suggested last year. Drummer Mason is a good guy, but clearly in over his head.

Many won’t remember the name Michael Greene (former NARAS chieftain)  associated with NARAS, but that’s some story Feel free to google it.

SHORT TAKES — The last post on the Honey West web-site was from September 2019. This was the super group fronted by Ian McDonald and Ted Zurkowski; McDonald from Foreigner and King Crimson, They put out one heck of a debut album (Bad Old World); did some great gigs at Steve Walter’s Cutting Room and Bowery Electric, spearheaded by their ace-PR man Randy Alexander … and, then disappeared.  Management changes ensued …

Regal Cinemas are shutting down; 536 in the US. Wags say that when the new James Bond-movie was pushed to next year (after two previous moves) they figured that was it. Their Regal E-Walk here in NYC was a superb spot. 45,000 jobs gone in a flash. And, the sad fact is that more theater chains will follow suit. Tragic news for sure …

Guess Rory McEvoy and Joanna Bonaro’s Good ‘n Screwed is good ‘n screwed for good. Sad. Was a brilliant series … Robert Miller’s brilliant “You Can’t Tell The Truth” track has scored 7700 likes on Facebook and 35,000 views on YouTube. If you ask me, it be a great new song for inclusion on Saturday Night Live. Hey Lorne, give it a chance. The song will appear on a new solo album from Miller called Summer Of Love …  And, Yorkshire Publishing’s Andre Ginnane releases the next two editions in her The Adventures Of Sal series on Friday, October 30: The Pet Playground in the Sky and The Super Hero Mobile.