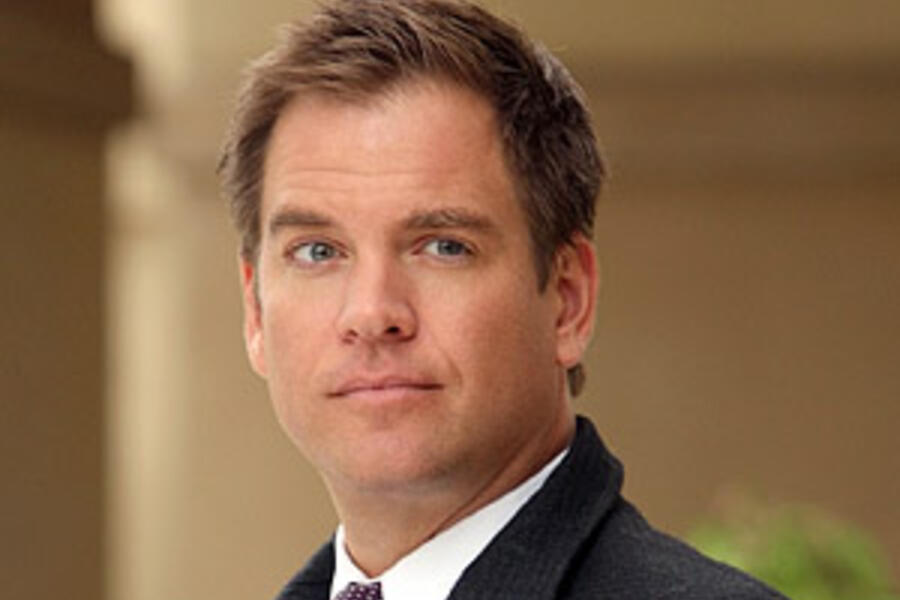 BULL SHOT — I’ve watched several of the late-season TV premieres and they’ve all left me somewhat agitated and they’ve all been somewhat off. Certainly due to the behind-the-scenes machinations of the pandemic; but they’ve all come off most awkward. Masks on one moment; and, off the next. Surely, no one has the answer, so they’re trying everything. But it all looks way too forced.

Tuesday night, I watch the season premiere of CBS’ Bull (titled My Corona) – which has taken more than its fair share of hits IMO – and, it made me smile.

I have felt and still feel, this is one of the shows that has been overlooked in a major way. Michael Weatherly came from NCIS and a lot of the fan base didn’t care for it at all and truth be told, the show did have a very, rough first season. In season two I believe, writer/director Glenn Gordon Caron came onboard. Caron is the mastermind behind the great show Moonlighting … and, yes, I know it was quite a few decades ago, but that show, top-lining Cybill Shepherd and Bruce Willis, was just a delight in every way. The writing was great, the direction even better and the two stars delivered their words in a most winning way.

Caron did some others shows in between (Medium), but nothing matched his success on Moonlighting … till Bull.

It took him a season or so to come to grips with what he had. Some cast members were let go and new ones added and right now, last night he delivered a mother of a show.

If you don’t know the plot, it’s Weatherly running a trial science firm that sizes up juries before and during the trial. It’s a clever premise for sure and Weatherly delivers, along with a most-talented cast, the goods (especially Christopher Jackson from Hamilton).

Last night, Weatherly began the show out of sorts and flash-forward to the end, he discovered he had Covid and everything in the episode was indeed a dream. The last moments of the dshow had the entire cast breaking the fourth wall and performing a song; The Rascals’ “How Can I Be Sure.” Sound silly? It worked like a charm. If you haven’t yet caught this show, you should. It’s simply terrific.

SWEDIEN PASSES — (Roger Friedman/SHOWBIZ 411) I am really sorry to hear the news that Bruce Swedien has died at age 86 from COVID. He was a brilliant recording engineer, the man who made those Michael Jackson-Quincy Jones hits happen.

Condolences to Bruce’s friends and family and fans, and there were many.

Siedah Garrett, who wrote “Man in the Mirror,” and sang “I Just Can’t Stop Loving You” with Michael on the “Bad” album, wrote on Twitter: “No words to express how sad I am at losing my dear friend Bruce Swedien, who has been with me from the beginning of my career. Sending love, prayers & condolences to wife Bea, daughter Roberta, and to his fans around the world. Brucie, you will never, ever be gone from our hearts.”

From 1956 through around 1970, Bruce worked mostly in jazz, with the likes of Art Blakey, Dinah Washington, Ramsey Lewis, and on Buddy Miles’s classic “Them Changes.” He was in the production booth for Muddy Waters, all those incredible The Chi-Lites records, Eddie Harris, and engineer for Natalie Cole’s breakthrough album, “Inseparable.” It’s Bruce’s name on Tyrone Davis’s monster hit. “Turn Back the Hands of Time.”

He started working with Quincy Jones in 1977 on the Roots TV soundtrack. With Michael Jackson was involved in The Wiz soundtrack in ’78, and 1979 brought Off the Wall. For most of the next 20 years or so, Bruce was wrapped with Michael, with Quincy’s other projects, Patti Austin, James Ingram, George Benson, and all their hits. (“Give Me the Night” by George Benson, one of many outstanding records.)

Bruce’s talent lay in his sonics, the way he could make even a funk record sound warm. Those Michael Jackson songs people will dance to hearing just the opening, like “Don’t Stop Til You Get Enough” or “Wanna Be Starting Something,” somehow Bruce knew the magic ingredients. Working with Quincy Jones, they found a groove no one else had ever used, and everyone felt deep in their souls.

Quincy Jones writes on Facebook: “I am absolutely devastated to learn the news that we lost my dear brother-in-arms, the legendary Bruce Swedien. There are not enough words to express how much Bruce meant to me…He was without question the absolute best engineer in the business, & for more than 70 years I wouldn’t even think about going into a recording session unless I knew Bruce was behind the board. Along with the late great Rod Temperton, we reached heights that we could have never imagined & made history together. I have always said it’s no accident that more than four decades later no matter where I go in the world, in every club, like clockwork at the witching hour you hear “Billie Jean,” “Beat It,” “Wanna Be Starting Something,” & “Thriller.” That was the sonic genius of Bruce Swedien, & to this day I can hear artists trying to replicate him. I’m going to miss your presence every single day “Svensk”, but I will cherish every moment we shared together laughin’, lovin’, livin’, & givin’…Rest In Peace my brother.”

Director Patty Jenkins also tweeted confirmation of the news this afternoon, saying in part: “At some point you have to choose to share any love and joy you have to give, over everything else. We love our movie as we love our fans, so we truly hope that our film brings a little bit of joy and reprieve to all of you this holiday season.”

WW84 gets an international theatrical release wherever theaters are open on Dec. 16. HBO Max isn’t charging an additional amount to subs like Disney did with Mulan for those stateside. Maoyan has the movie dated for a Dec. 25 release in China as well. The first Wonder Woman made $90.5M there.

Again this is a major driver for the streaming service. Last time we had a holiday streaming and theatrical release was Sony’s controversial comedy The Interview with James Franco and Seth Rogen. Big exhibs didn’t play it, but indies did, and the pic was available for purchase on streaming outlets. End result at the domestic B.O. was an atrocious $6.1M and you gotta figure it will be worse for WW1984 because under 3,000 locations are currently open in the U.S./Canada market.

“As we navigate these unprecedented times, we’ve had to be innovative in keeping our businesses moving forward while continuing to super-serve our fans,” said Ann Sarnoff, from WarnerMedia. “This is an amazing film that really comes to life on the big screen and, working with our partners in the exhibition community, we will provide that option to consumers in the U.S. where theaters are open. We realize that a lot of consumers can’t go back to the movies due to the pandemic, so we also want to give them the option to see Wonder Woman 1984 via our HBO Max platform.”

“We appreciate how patient audiences have been and given the great anticipation around Wonder Woman 1984 we are grateful to be able to make this terrifically entertaining movie widely available in these challenging times,” said Toby Emmerich, Chairman, Warner Bros. Pictures Group.

Here’s the WarnerMedia statement: “Today we announced that Wonder Woman 1984, the eagerly anticipated tentpole film by Patty Jenkins — with Gal Gadot and Chris Pine reprising their roles as Diana Prince and Steve Trevor — is going to be released in theaters on December 25th. In the United States, we will also be making this remarkable movie available on HBO Max at no extra cost the same day that Wonder Woman 1984 premieres in theaters, for the first month of the film’s release.”

I find it fascinating that we will be measuring the performance of this movie in an entirely new way. To use a line from The Wizard of Oz, we’re not in Kansas anymore. While we will pay attention to theatrical revenues, our expectations are clearly adjusted due to COVID-19. In parallel, we will be paying close attention to the numbers of families and fans diving into HBO Max, as we certainly anticipate that a portion of fans will choose to enjoy Wonder Woman 1984 that way on opening day and beyond. To provide a comparable, a little over four million fans in the U.S. enjoyed the first Wonder Woman movie on its opening day in 2017. Is it possible for that to happen again this Christmas with Wonder Woman 1984 between theaters and HBO Max? We are so excited to find out, doing everything in our power to provide the power of choice to fans.

Interesting, in that the film industry is slowly adjusting to the new normal. Honestly, I’m surprised that the James Bond No Time To Die,hasn’t yet been released in this fashion. It should have been. The truth is: Wonder Woman 1984 and the James Bond film … have been ready for months and discussions about sequels to them have already begun in a fashion.

SHORT TAKES –— The Oxfords (still #1 at Amazon) get the Zach Martin/NEWHD interview on Tuesday. We’ll have the link next column … Do you know there’s a Johnny Mathis duet with Freda Payne coming in a few weeks? It’s called “They Can’t Take That Away From Me.” Stay tuned for more news on this one …

During an interview with Detroit’s Governor Gretchen Whitmer, behind her on her bookshelf, prominently displayed for sure, was Supreme Glamour, the Mary Wilson/Mark Bego tome. Nice selection governor! …

Speaking of Mr. Bego, check out his radio appearance on SiriusXM’s Krystal Nation: https://soundcloud.com/canadatalks/mark-bego-nov-19th-2020?in=canadatalks%2Fsets%2Fkrystal-nation-nov-19th&fbclid=IwAR0u9kNntTlr6rhiX_M3t5_1Q1DTWv7Tc2UcFZIEGYZRc_ebZG8z6FxVWq4 … Rockers On Broadway’s Donnie Kehr guests on the show next week … And, we hear a big shake-up happened with a band we’ve championed and supported for many, many columns. People always tell me there’s no loyalty in this business and considering the state we’re currently in, doubly sad and double true!

Suzanna BowlingJuly 24, 2022
Read More
Scroll for more
Tap
What To Watch November 21st To Take Away The Blues
The Trumpet of the Swan – by Marsha Norman and Jason Robert Brown