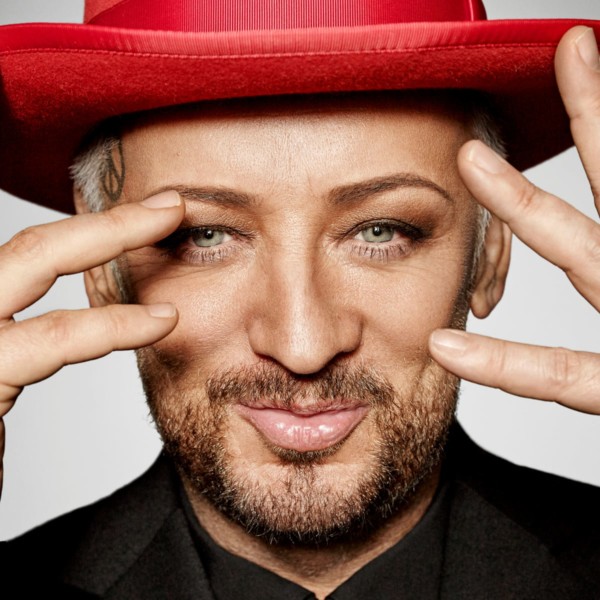 BOY GEORGE COMETH — (Via Deadline) The Boy George movie biopic, which is to be called Karma Chameleon, has moved from MGM to Millennium Media and is eyeing a summer 2021 start in London and Bulgaria, we can reveal.

In a new video that we can debut on Deadline, the Culture Club frontman says a casting search is underway for the actor to play him. The singer also teases the casting of 1917 and Line Of Duty actor Danny Mays in the role of his father and claims “there are rumours of Keanu Reeves popping in.” The production declined to confirm either actor’s involvement.

As previously announced, the project is written and will be directed by Hitchcock and Anvil:The Story of Anvil director Sacha Gervasi, and it will be produced by Kevin King Templeton (Creed I & II) and Paul Kemsley. George and Jessica de Rothschild will executive produce. Newly aboard is casting director Kate Ringsell (Wonder Woman).

The film will explore George’s humble beginnings in an Irish working-class family, through his rise to the top of the international charts with the 80’s band Culture Club alongside original band members Jon Moss, Roy Hay, and Mikey Craig.

The larger-than-life singer rose to fame during the New Romantic era of pop in London, aided and dressed by Malcolm McLaren. Culture Club sold more than 100 million singles and 50 million albums, and is well known for hits including “Do You Really Want to Hurt Me?” and “Karma Chameleon.” George became famous for his sense of style and androgyny, but there have also been bumps along the way, including substance addiction, arrest for drug possession and a four-month stint in prison for the assault of a male escort.

The production tells us the musical drama will have full access to the singer’s library of music and the band’s biggest hits.

The casting search for the film’s lead initially began back in 2019 after we first announced the package. Boy George had previously speculated that a well-known pop singer could take on the role, but so far no one has been announced and the project now has a new home and new impetus with The Hitman’s Bodyguard and The Expendables outfit Millennium.

Jonathan Yunger, of Millennium, explained: “We’re elated to bring this amazing story to life. Boy George and Culture Club have been an inspiration to so many people. Specifically, George’s unapologetic way of being true to himself. He has paved the way for people to live their truth as fearless individuals. This is more relevant today than ever and we are so proud to have Sacha lead the charge on this musical journey.”

Boy George isn’t the next celebrated music personality I would have chosen; but I was a huge fan back then of George and the Club and I do recall a Tribeca Film Festival event where he was the DJ and the music just superb.

Having the rights to the music is a huge hurdle; Queen’s music was in Bohemian Rhapsody and of course, Rocketman had the rights to Elton’s music. The David Bowie movie that came and went with barely a whisper did NOT have the rights to Bowie’s music and many saw that as an immediate problem. And, it was.

Honestly, the audiences today may like a Boy George-movie, but won’t remember George and Culture Club  without a carefully coordinated PR-campaign. Wednesday morning, Keanu Reeves denied any involvement with the film.

“Coming here soon, my brother Jimmy. Fly Jimmy fly,” the singer wrote. His words were accompanied by a selection of photographs of the two from throughout their career.

Steinman died on Monday at age 73. the songwriter and producer’s partnership with Meat Loaf — born Marvin Lee Aday — spanned more than 40 years, beginning with the singer’s 1977 debut album, Bat Out of Hell, which Steinman wrote entirely. The high-octane, theatrical album spawned several FM rock staples, including “You Took the Words Right Out of My Mouth (Hot Summer Night”) and “Paradise by the Dashboard Light,” and was certified 14x platinum by the RIAA.

Steinman wrote the majority or entirety of three other Meat Loaf albums: 1981’s Dead Ringer, 1993’s Bat Out of Hell: Back Into Hell and 2016’s Braver Than We Are. The Bat Out of Hell sequel topped the Billboard 200, went 5x platinum and spawned the No. 1 hit “I’d Do Anything for Love (But I Won’t Do That),” catapulting Meat Loaf back to stardom among a new generation of listeners.

Steinman met his rock ‘n’ roll muse in 1973 while writing music and lyrics for the musical More Than You Deserve, which co-starred a young, pre-Meat Loaf Aday.

“From the minute he walked in, I was stunned,” Steinman said of Meat Loaf’s audition in a 2003 interview. “I thought he was astonishing. He’s just one of those people who walks in and it’s the equivalent of an enormous cat pissing on the door. Just stakes his territory immediately.”

Steinman also scored many hits outside of his work with Meat Loaf, including Bonnie Tyler’s 1983 classic “Total Eclipse of the Heart.” In her own Facebook post, Tyler remembered Steinman as a “true genius.”

“Jim wrote and produced some of the most iconic rock songs of all time and I was massively privileged to have been given some of them by him,” Tyler wrote. “I made two albums with Jim, despite my record company initially thinking he wouldn’t want to work with me, thankfully they were wrong.”

The singer went on to describe her former collaborator as “a funny, kind, supportive, and deeply caring human being.” “I will always be grateful to him for the opportunity to work with him and also to know him too,” Tyler confessed.

Steinman had health issues for some years; but had Bat Out of Hell: The Musical open in England in 2017. He also championed an album from Tyce (Hero)released here on Van Dean’s Broadway Records.

SHORT TAKES — Remember the group Non-Stop To Cairo? After a rather astonishing debut album, Dabble Heavy, they virtually disappeared. Managed for a time by Eppy of My Father’s Place fame, internal struggles kept the band from making major inroads. Musically, they had it – a sweet combination of ska, rock and roll, rap, and, all full of passion.  Much missed for sure …

The Rolling Stones’ Sticky Fingers, my favorite Stones album, turns 50 today! “Brown Sugar,” “You Gotta Move,” “Wild Horses” and “Sister Morphine” were the first tracks recorded. They were done in December 1969 at the Muscle Shoals Sound Studio in Alabama. Sticky Fingers was notable for its Andy Warhol designed zipper cover. In some part of the world the cover had an actual zipper but in Australia the zipper cover was banned and a printed version was used instead. The model on the cover was Warhol movie star Joe Dallesandro. Sticky Fingers also contained the epic ‘”Can’t You Hear Me Knocking” and the raucous “Bitch.” What an album … Chicago (aka Chicago Transit Authority) co-founder, saxophonist and flutist Walt Parazaider, has revealed he is battling Alzheimer’s disease. The 76-year-old musician has been off the road with the band since 2017 due to heart issues, and reached out via the official ChicagoTheBand.com website informing fans of his situation: So many of you have been very kind over the years with birthday and well wishes, I want to share some news with you before you saw rumors on the Internet. Five months ago, I was diagnosed with Alzheimer’s disease. Needless to say, my wife, daughters and myself were shocked and devastated. It has taken a while to process this news and the fact is, we still are. The good news is we have a wonderful medical facility here and I have a very good doctor. I am working hard and not going to give up. With new treatments and therapy, along with my family’s love and support, I feel very positive about the future. Thank you for your thoughts and prayers. I wish you and your families all the best in 2021 and always. We wish you the best Walt …

And, the Hollywood Reporter’s Tatiana Siegal has done it again with a startling article on disgraced actor Kevin Spacey. She covers what we’ve already heard about … and, then some. I loved Spacey in American Beauty; House of Cards and The Usual Suspects and even on the TV show Wiseguy as piano-playing Mel Profitt, but he obviously needs help. The rumors were there for years. Years! Sad for sure. Check it out here: https://www.hollywoodreporter.com/features/hollywood-pariah-kevin-spacey-faces-mounting-legal-woes 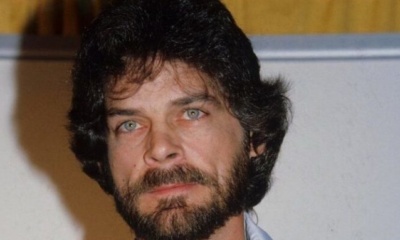 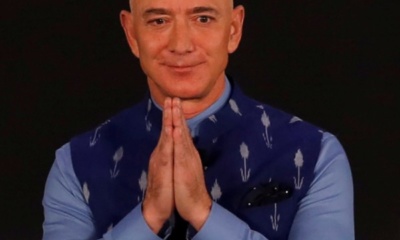 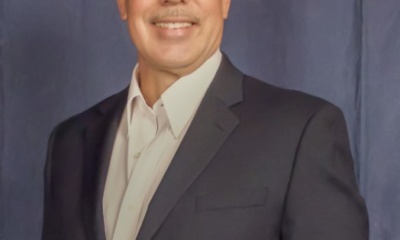 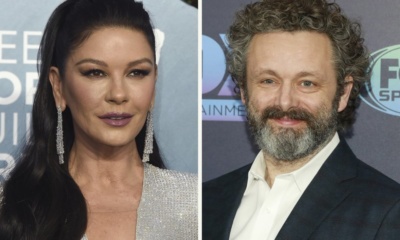 G. H. HARDINGMay 17, 2021
Read More
Scroll for more
Tap
Earth Day Was Yesterday, But Events Are Still Going On
A Gift From the Land – Earth Day Celebration with Côté Mas