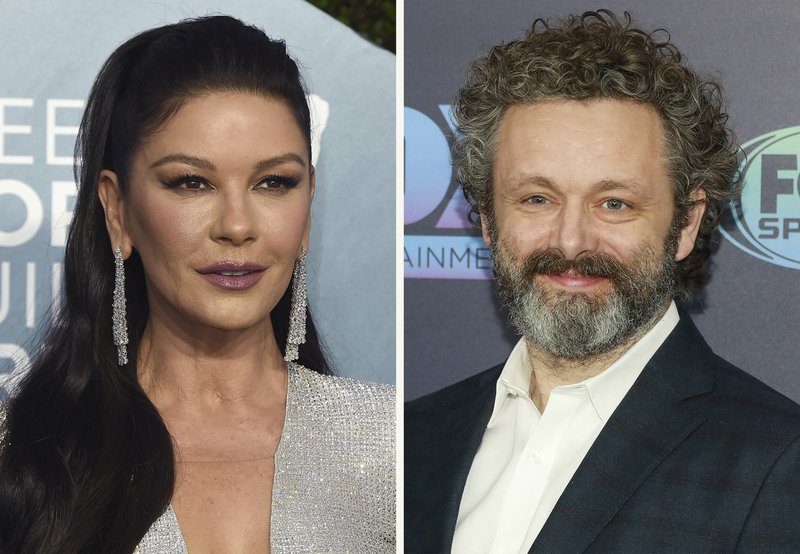 ZETA-JONES — (Via Deadline) Fox canceled the intriguing drama series Prodigal Son this week after two seasons, but fortunately before it goes off the air viewers will get to see a great turn in a seven-episode arc by Oscar and Tony winner Catherine Zeta-Jones. She plays forensic Dr. Vivian Capshaw, who finds herself working with a serial killer played by Sheen. It is a pairing she was especially happy about since both actors are from Wales.

Zeta-Jones joined Deadline’s Contenders Television award-season event for a conversation about why she decided to take on the role, joining a TV series for just these few episodes, and what really intrigues her enough to take on acting roles these days.

“I’d seen the show, I loved the show,” she said. “I watched it because of my hometown boy, literally from my hometown in Wales, which is this tiny little place in the middle of the map there, is Michael Sheen, who I wanted to work with. So, that’s been in my bucket list and I went, ‘Huh, let me speak to the producers and see what they have in store.’ I’m always drawn toward the darker side of family kind of dysfunctional-ness if that’s a word. I think historically great drama comes out of family stories. You think of The Godfather, you think of The Sopranos on television, you think of, you know, Breaking Bad. I mean, something about the storyline of it being a family because we can relate to it. As dysfunctional as this particular family is, it’s still a family at the end of the day. There are some principles in therethat we can all relate to.”

But all roads for her on this project led back to Sheen.

“To work with Michael Sheen, it’s everything now that I hoped it would be because first of all even though we have never met my instinct was right, not just because we’re from the same hometown but you know, we work well together,” she said. “We pick up on very subtle nuances that we both give off, and like I always say I’m humbled when I work with any actor, especially the ones that feel generous enough to give – you know give, give, give, give, give, to create the better. I always take a little bit of goodness away from them and I kind of do my Irish heritage and rub the belly of it and take it with me in my pocket for future endeavors.”

US GOES OUT — (Via Deadline) This Is Us creator Dan Fogelman took to Twitter on Friday, to respond to the news that his hit NBC drama will end with its upcoming sixth season.

“Whoever casually first said ‘All good things must come to an end’ never had to end their favorite thing,” he wrote. “While sad to have just 1 season left, also grateful to to NBC for letting us end the show how, and when, we always intended. We’ll work hard to stick the landing.”

As Fogelman noted in his message, yesterday’s announcement wasn’t exactly news, as he has long discussed his plan to end the show after its sixth season. Still, he clearly knew that NBC’s formal announcement regarding the show’s end would elicit strong emotional reactions—and not just from fans.

I’m already VERY emotional about my favorite job coming to an end,” actress Mandy Moore wrote in her Instagram story on Friday. “BUT …We have a whole season to wrap things up the way it was always intended.”

Moore, who plays matriarch Rebecca Pearson, also shared Fogelman’s message on her Instagram. “Officially official,” she captioned the post. “One season left of my favorite job. You can bet we will be soaking in every single moment.”

Also responding to the This Is Us announcement was Susan Kelechi Watson, who plays Beth Pearson. “What a ride it’s been…,” the actress tweeted. “What an incredible season to come.”

Debuting in September of 2016, This Is Us is a non-linear family drama centered on a unique set of triplets. Exploring their childhood and their struggles as adults, as well as their relationship with their wonderful parents, the series will reach the end of its fifth season on May 25. Milo Ventimiglia, Sterling K. Brown, Chrissy Metz, Justin Hartley, Chris Sullivan, Jon Huertas and more also star.

Before the tears and timely epithets arrive … face it, This Is Us is a show that galvanized TV and brought back, finally, many would say, a classy, family drama. Honestly, I don’t think since thirtysomething has there been such a gripping family show and dynamic.

Say what you will, but all of the principal actors thrived … they are now have careers. It was (including the brilliant Griffin Dunne) a GREAT show!

SHORT TAKES — Iggy Pop’s “Passenger” track was the end-song for last week’s Big Sky on ABC. The second-half of their season might not have lived up their first-part but, Ted Levine, from Monk and The Alienist, is just terrific. Btw: Iggy’s song was just perfect .… NBC announced their fall schedule last Friday and noticeably missing were Debris and Manifest. Producer Dick Wolff, who now has shows on CBS too, essentially owns the entire NBC Thursday night schedule. Call it Wolff-TV … what legendary group from the 80’s is entering the NFT balloon?

Friday was the two-hour season finale (their 11th) of CBS’ Blue Bloods. I said it before and I’ll  say it again, watching Selleck is like taking a masterclass. I was never a huge fan of his when he did Magnum, in fact I don’t think I ever watched it. But, he’s simply amazing here. Good work all around from Donnie Wahlberg, Len Cariou and Steve Schirripa. Bravo! …

G. H. HARDINGNovember 11, 2022
Read More
Scroll for more
Tap
Woolly Mammoth Invites Us All to An Extra-Ordinary Animal Wisdom Musical Séance
What to Watch in The New Year: May 18