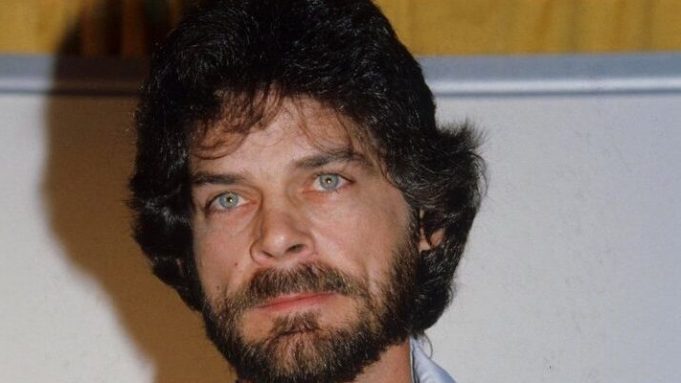 B.J. THOMAS RIP — (via Deadline) B.J. Thomas, a five-time Grammy winner and Grammy Hall of Fame inductee who sang “Raindrops Keep Fallin’ on my Head” from Butch Cassidy and the Sundance Kid and several other hit songs, died at his home in Arlington, TX. He was 78. His death was confirmed on his official Facebook page and was attributed to complications from Stage 4 lung cancer he revealed in March.

A versatile songwriter, Thomas’s career spanned country, pop and gospel, earning him CMA, Dove and Grammy awards. He sold more than 70 million albums worldwide, scored eight No. 1 hits spanning several of Billboard’s charts — including two Hot 100 chart-toppers — and had 26 Top 10 singles over his 50 years in the music business.

His hits included a cover of the Hank Williams song “I’m So Lonesome I Could Cry,” the Grammy winning No. 1 smash “(Hey Won’t You Play) Another Somebody Done Somebody Wrong Song,” and the Top 5 hit, “Hooked on a Feeling.”

Thomas was also named one of Billboard’s Top 50 Most-Played Artists Over The Past 50 Years. Other hits by the artist included “I Just Can’t Help Believing,” “Don’t Worry Baby,” “Whatever Happened To Old Fashioned Love,” and “New Looks From An Old Lover.”

Born in rural Hugo, Oklahoma as Billy Joe Thomas, he moved to Houston, Texas with his family and began singing in church as a child.

He joined the local band the Triumphs, and then in 1966 recorded “I’m So Lonesome I Could Cry” with producer Huey P. Meaux. Released by Florence Greenberg’s Scepter Records, it peaked at No. 8 on the pop charts and became his first million-selling single.

The follow-up single, “Mama,” and his first album came that same year. In 1968, he released the million-selling “Hooked on a Feeling” from his album, On My Way.

Dionne Warwick met Thomas when he visited the Scepter offices in New York and introduced him to songwriter-producer Burt Bacharach. That led to a collaboration on “Raindrops Keep Fallin’ on My Head,” written by Bacharach and Hal David and sung by Thomas.

The song was featured in the Paul Newman/Robert Redford film Butch Cassidy and the Sundance Kid, earning the Oscar for Best Original Song. It has since reoccurred in such films as Forrest Gump, Charlie’s Angels: Full Throttle, Clerks II, and Spider-Man 2, as well as multiple TV shows.

Thomas kept rolling with such pop/rock hits as “Everybody’s Out of Town,” “I Just Can’t Help Believing,” “No Love at All” and “Rock and Roll Lullaby.”

He signed to Paramount Records and released two albums—1973’s Songs and 1974’s Longhorns & Londonbridges. In 1975, Thomas released the album Reunion on ABC Records, featuring “(Hey Won’t You Play) Another Somebody Done Somebody Wrong Song.”

The success wasn’t easy on Thomas, who fell into drug use. But he returned as a Born Again Christian in gospel music, signing with Myrrh Records and releasing the album Home Where I Belong in 1976.

It won Thomas a Grammy and became the first of two Dove Award wins, while also becoming the first gospel record to sell a million copies.

His “(Hey Won’t You Play) Another Somebody Done Somebody Wrong Song was No. 1 on both the Billboard Hot 100 and the Hot Country Songs charts. It won the Grammy for Best Country Song in 1976 and was nominated for CMA Single of the Year. On his 39th birthday in 1981, he also joined the Grand Ole Opry.

Thomas found the time to voice the theme song, “As Long As We’ve Got Each Other” for the TV series Growing Pains, and he also was heard on numerous commercials, including campaigns for Coca-Cola and Pepsi.

BOND LITE? — John Logan, the Oscar nominated screenwriter whose credits include working on James Bond pics Skyfall and Spectre,has said that Amazon acquiring MGM, with its back catalog that features the Bond films, makes him worried for the future of the franchise.

Penning an opinion piece for The New York Times, Logan wrote that upon hearing news of the deal, “a chill went through me.”

“Having worked as a writer on Skyfall and Spectre, I know that Bond isn’t just another franchise, not a Marvel or a DC; it is a family business that has been carefully nurtured and shepherded through the changing times by the Broccoli/Wilson family,” continued Logan.

He suggested that, while Broccoli and Wilson own 50% of the Bond empire and have assurances of ongoing artistic control, he foresaw this being disrupted in the future. “What happens if a bruising corporation like Amazon begins to demand a voice in the process? What happens to the comradeship and quality control if there’s an Amazonian overlord with analytics parsing every decision?

What happens when a focus group reports they don’t like Bond drinking martinis? Or killing quite so many people? And that English accent’s a bit alienating, so could we have more Americans in the story for marketability?”

Logan also warned that, if a corporation such as Amazon interfered artistically, it risked diluting the quality of the franchise. “Everything gets watered down to the most anodyne and easily consumable version of itself. The movie becomes an inoffensive shadow of a thing, not the thing itself. There are no more rough edges or flights of cinematic madness,” he said.

He added that Amazon is ultimately “a global technology company” and “not necessarily a champion or guardian of artistic creativity or original entertainment”. In the piece, he points to examples of projects he has worked on, including Sweeney Todd, The Aviator and Gladiator, that he said would have been tarnished by such interference.

At the time of confirming the acquisition, Amazon said it was committed to theatrically releasing MGM titles going forward.

Amazonian overlord? That’s got to be you-know-who.

SHORT TAKES — Apple + just renewed The Mosquito Coast after mostly lukewarm reviews. As I said last time, six episodes in and I still don’t have a clue. The 1986 Harrison Ford movie was epic …

Author Michael Domino now has his Camp Hero novel at several pub companies, ready for a proper release. Stay tuned on this one … Romeo Delight is at Havana, in Vineland, New Jersey this Friday.

Next up: Their Cutting Room debut on Saturday, June 19, where Micky Dolenz will be present …