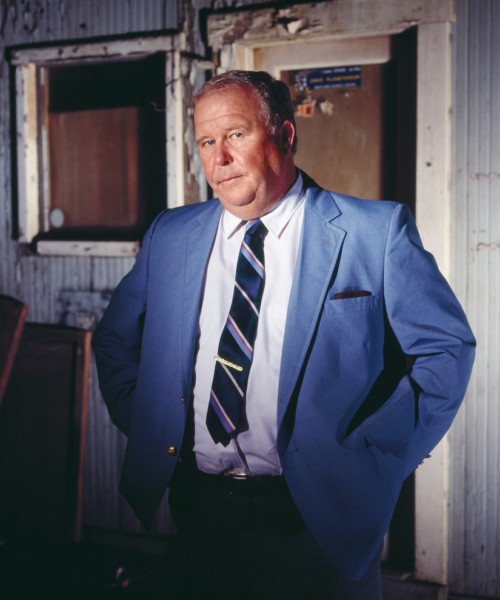 Beatty was known for his movie debut in “Deliverance” with Burt Reynolds in 1973, but went on to decades of memorable roles from playing Lily Tomlin’s husband in Robert Altman’s “Nashville” to playing John Goodman’s flawed father on “Roseanne.”

Beatty appeared on Broadway in the 2004 revival of “Cat on a Hot Tin Roof” opposite Ashley Judd and Jason Patric, as Big Daddy. He debuted on Broadway in 1968 in “The Great White Hope,” playing many different supporting roles opposite James Earl Jones and Jane Alexander.

An actor of uncommon intelligence and wisdom, Ned Beatty also had two Emmy nominations, and one Golden Globe nomination for a wonderful film he toplined called “Hear My Song.”

His Oscar nomination was in 1977 for Paddy Chayefsky’s “Network.”

Ned Beatty’s trademark was to make the audience trust him. He exuded empathy and kindness in every role. He will be sorely missed.

TV BOMBSHELLS — The TV world was shaken, not stirred this week, with the announcements that #1 – Megan Boone (Elizabeth Keen) will be exiting NBC’s The Blacklist after 8 seasons; #2 – NBC also officially canceled Manifest after three seasons; and, #3  -CBS’ rather brilliant Clarice is canceled as well after an internal imbroglio at the network.

The Blacklist has been a big favorite of mine since its debut. James Spader’s performances, as Red Reddington, are at a master-class level. The main curio for the show has been Spader’s relationship with Boone (Elizabeth Keen). Why did he come into her life and who is he to her? The question was more-or-less carried along for seven seasons and will now be revealed in a two-part season finale  next week, the episodes are named “Nachalo” and “Konets,” – Russian for “Beginning” (Начало) and “End” (Конец).

Boone was actually absent for most of this season (a very strong one indeed), so her exit wasn’t a total surprise. It now gives the writers room to explore Spader’s character in more detail. For me, she was great and am sorry to see her depart.

As for Manifest, NBC’s Lost-wanna-be … the first two season were chock full of surprises, delievred in a more-or-less  B-movie type of way. The actors portraying the characters were good, but not great and truth be told, for me, that was one of its merits. Josh Dallas as cast-leader Ben Stone was terrific.

As we said last time, their season, now series finale, left a host of unanswered questions. Too bad for sure. It wasn’t Lost, even though it wanted to be, more Timeless, also an NBC-cancellation, if you will.

So, NBC has now canceled its two most provocative series. But they did that with The Event too. Sad news.

Clarice was CBS’ answer to the movie Silence of the Lambs and TV-series Hannibal (which for me hit an all-time high for a TV series). Envisioned by Alex Kurtzman and Jenny Lumet (yes, that Jenny Lumet) it was just sensational; from the casting, to direction and the fact they didn’t solve a crime every week. The problem was that CBS literally moved it every other week, so they didn’t succeed in building an audience  for it.

Two weeks ago, it was announced that it would join CBS’ streaming service Paramount +, but that deal fell apart internally yesterday. It’s also odd that the whole Silence of the Lambs treasure chest was part of MGM, that Amazon just bought.

The announcement yesterday was so odd, I would be surprised at all if next week, the deal was back on.

Sad news for the show which employed at least 300. It was a great, great show.

Is there a new album from Deborah Gibson entitled The Body Remembers? On Stargirl Records? Stay tuned … Romeo Delight’s Buddy Blanchard was a guest on Tony Walker’s Govsradio.com show last week. Buddy’s Romeo Delight outfit is at Steve Walter’s Cutting Room this Saturday, June 19. We’ll have a full report in the next column  and photos by  the terrific Jeff Smith …

And, congrats to producer Mark Berry as the 2021 recipient of Legends of Vinyl DJ Artists Hall of Fame.