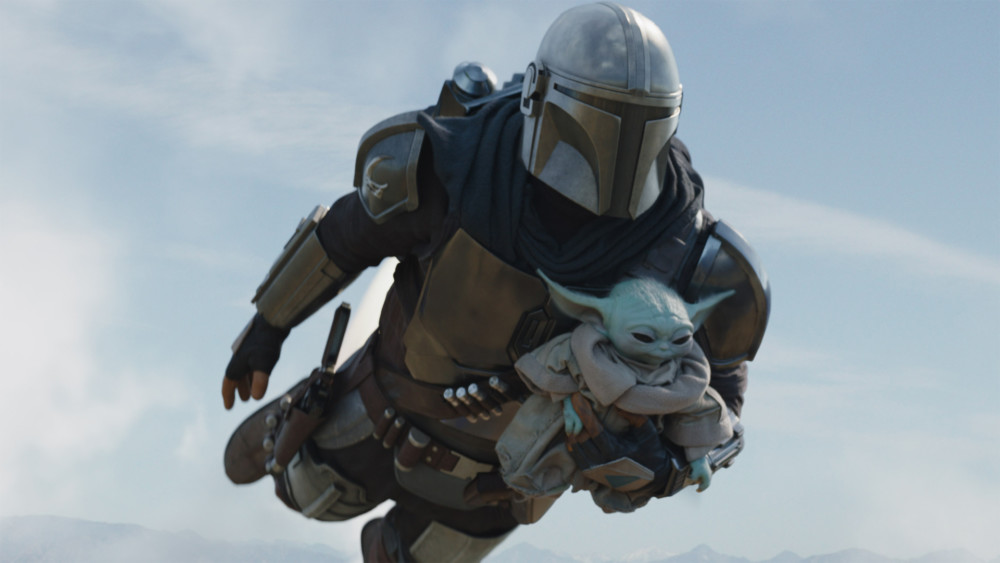 EMMY DAY — Netflix’s The Crown and Disney+’s The Mandalorian tied with the most nominations with 24 on Tuesday as the 73rd Primetime Emmy Awards were unveiled. The noms, which come for a TV season that took place amidst the global pandemic, were announced by the Television Academy in a virtual ceremony hosted by Ron Cephas Jones and Jasmine Cephas Jones.

Among platforms, as usual the fight is between HBO and Netflix, with the combined HBO and HBO edging the streaming giant in total noms 130-129. Disney+ saw 71 noms today while NBC was fourth overall with 46, a strong showing for a broadcast network in the age of streaming.

The Crown, in its fourth season, is on an Outstanding Drama Series list with fellow previous nominee The Mandalorian as well as fellow Netflix buzz title Bridgerton along with The Boys, previous winner The Handmaid’s Tale from Hulu, HBO’s Lovecraft Countrywhich made news when it was not renewed for a second season, and previous noms Pose from FX and NBC’s This Is Us.

Pose’s Mj Rodriguez made history this morning, becoming the first transgender nominee in the Outstanding Actress in a Drama Series category.

On the Comedy side, the series race is between Apple TV+’s Ted Lasso, HBO Max’s duo The Flight Attendant and Hacks, (which got 12 nominations) ABC’s Black-ish, Netflix’ Emily In Paris, The Kominsky Method and upstart Cobra Kai, and Hulu’s Pen15.

There will be no repeats of both the Drama and Comedy series best-of categories, with last year’s winners Succession and Schitt’s Creek, respectively, not eligible this time around.

Multiple acting noms today include a couple of Saturday Night Live veterans, Kenan Thompson and Aidy Bryant, getting nominated for both SNL and their own shows Kenan and Shrill, respectively. Jean Smart scored twice, for HBO Max’s Hacks and HBO’s Mare of Easttown, the latter of which is part of a killer Limited Series race that includes HBO’s I May Destroy You, Netflix’s The Queen’s Gambit, Amazon’s The Underground Railroad and Disney+’s first Marvel series WandaVision.

The Primetime Emmys will air live Sunday, September 19, on CBS and stream on Paramount+.

The Neighborhood star Cedric the Entertainer was just set to host the ceremony, which after a virtual 2020 ceremony will be held in-person at the Microsoft Theater in Los Angeles, featuring a limited audience of nominees and their guests.

Check out the complete list of nominees here and below for the key categories:

Lead Actor in a Drama Series

Lead Actress in a Drama Series

Supporting Actor in a Drama Series

Supporting Actress in a Drama Series

Lead Actor in a Comedy Series

Lead Actress in a Comedy Series

Supporting Actress in a Comedy Series

Supporting Actor in a Comedy Series

I May Destroy You

Lead Actress in a Limited/Anthology/Movie

Lead Actor in a Limited/Anthology/Movie

Supporting Actor in a Limited/Anthology/Movie

Supporting Actress in a Limited/Anthology/Movie

The Daily Show With Trevor Noah

The Late Show With Stephen Colbert

Dolly Parton’s Christmas On The Square

General admission tickets are $25, and a limited number of $250 sponsor-ships are available to secure a ticket to the concert, a post-show meet & greet and photo with the band, as well as a signed CD and handbook.

Project Grand Slam is led by acclaimed bassist/composer and longtime Stockbridge resident Robert Miller. The band, which has 10 celebrated albums (including a Billboard #1), has racked up over four million video views and over a million Spotify streams. Project Grand Slam has played festivals and concerts around the world, including appearances with Edgar Winter, Blues Traveler, Boney James, Mindi Abair, and more.

Adds Miller: “As a longtime resident of the Berkshires I’ve always wanted to have PGS play a major concert in the area. This benefit concert for Shakespeare & Company fulfills that wish and supports a very worthy cause.”

SHORT TAKES — HBO Max’s White Lotus mini-series -written and directed- by Mike White was slyly confusing and dark, highlighted by a close-up of Steve Zahn’s genitals! What? It’s a six-episode series of various couples guesting on the luscious White Lotus hotel – actually filmed at The Four Seasons in Maui. It’s provocative for sure, but it’s nothing that’s not been done before. The always reliable Connie Britton and Jennifer Coolidge are terrific. I’d give it a B. Here’s their trailer:

The much-talked about Sergio Kardenas project is coming together. Stay tuned …  David Bryne’s simply awesome American Utopia returns to NYC’s Broadway September 17. If you haven’t seen this yet, you are missing something quite extraordinary … And,

36 years ago yesterday, Live Aid was held in Philadelphia and London, organized by Sir Bob Geldof. I was there and it was simply amazing. My favorites just had to be Eric Clapton, Phil Collins, Hall & Oates and Mick Jagger and Tina Turner. I sat stage left, literally where they stopped hosing the crowd down. It was hot … very HOT. Estimated audience back then: 5 billion! Great memories for sure. I doubt whether there’ll ever be anything to rival it.