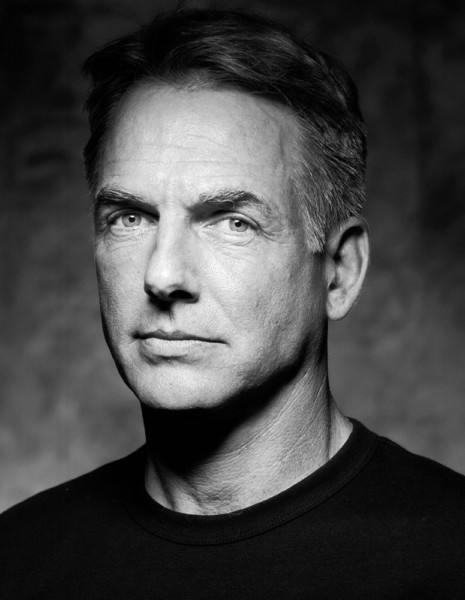 GIBBS GONE — We all knew it was in the cards, but on last night’s NCIS, with an episode titled The Great Outdoors, Leroy Jethro-Gibbs (Mark Harmon) formally stepped away from NCIS after almost 19 years. Mark Harmon, 70-years old, decided that it was time and honestly, though I’ve been a fan of the show for most of its run, why not?

In terms of TV-characters, Gibbs was right up there. Feisty, defiant, passionate … although the procedural never got into gory details like Criminal Minds, but it was a fun romp. Harmon was even great on The West Wing too as agent Simon Donovan. And, 88-year old David McCallum, was terrific too and it was a nice touch to bring him into the episode.. Where the show goes from here is anyone’s guess. Gary Cole, essentially Harmon’s successor and who’s been around almost as long as Harmon, is good, but can’t carry the ensemble like Harmon did. Actually, no one can.

I’ve watched Harmon from St. Elsewhere on and he’s always been great. In fact, he was the second-ever PeopleMagazine’s Sexiest Man (after Mel Gibson … remember him?).

He’ll still be an producer for the show’s current, and maybe, last season, so there’s every chance he’ll make one more appearance. He was always a formidable and reliable presence on the screen; he’ll be much missed.

GLOBES UPDATE — (via Showbiz 411) The Golden Globes are going to be given out this season even if no one wants them. The Hollywood Foreign Press Association has apparently decided to go forward with the 2022 awards, just not on television and especially not on NBC. The Peacock network put the Globes on hold for this coming year after the HFPA had a number of scandals concerning diversity in their membership and their voting practices.

You would have thought NBC’s decision would have put the kibosh on the Globes. But Variety reports that they’re going to barrel ahead anyway with some kind of presentation to actors at least if not other categories. How they’ll do it remains to be seen since they’re precluded from carrying this out on other TV outlets. Maybe then can stream it on Facebook Live.

There are so many odd twists in this Golden Globes story. The HFPA was taken down by a report in the Hollywood Reporter by Tatiana Siegel. The Hollywood Reporter is owned by Todd Boehly’s MRC company, which also owns Dick Clark Productions, the company that produces the Golden Globes for NBC. Now Boehly — who merged his publishing operations with Jay Penske’s Penske Media, publisher of Variety and Deadline.com, has been named interim CEO of the Golden Globes.

At the same time, after months and months of doing nothing to extend membership to people of color, the HFPA finally added 21 new members who were just as unknown as the 80 or so members they already have. Only the HFPA is capable of finding these obscure bylines. The HFPA also just announced a partnership with the NAACP to increase diversity for the Globes. And that announcement engendered criticism from other minorities. So good luck with that.

Meantime, the Golden Globes TV date, January 9th, has been taken by the Critics’ Choice Awards, a group of 300 or more actual journalists. The show will air on the CW Network, although CBS– which owns the CW– would be smart to put it on the main network as well and grab NBC’s thunder. The Critics’ Choice is an independent operation, too, and not governed by the trade magazines like Variety and THR which do their own awards advocating and depend on ads from the studios for much of their revenue.

Wag the dog? You betcha. Hollywood, which has suffered and suffered (have you watched Ghosts yet on CBS?) is desperate for some award action and the Globes – though they’ve never really had all that much credibility – represent the first awards show of the year and for that alone, deserve some sort respectability.

Oh How I miss the days of Ricky Gervais hosting this show!

SHORT TAKES — Madonna’s recent appearances on Jimmy Fallon to promote her Madame X doc have given me great pause. What has she done to her face? Honestly, she remind me of Joyce Wilderstein … remember her?  Madame X was decimated in reviews and the tour, from what I remember, kept getting canceled and then postponed, so I don’t know what audience, if any, will want to see it. So terrinly sad. For a proper memory of the material girl, watch her “Vogue” video here: https://www.youtube.com/watch?v=GuJQSAiODqI …

Yes has just released their first new album (their 22nd) in 10 years. Per their web-site: The album was produced by Steve Howe. “Much of the music was written in late 2019 with the rest in 2020. We commissioned several orchestrations to augment and enhance the overall sound of these fresh new recordings, hoping that our emphasis on melody, coupled with some expansive instrumental solo breaks, keeps up the momentum for our listeners,” said Steve. The Quest was recorded across the globe. The sessions took place in the UK with Steve Howe, Geoff Downes & Jon Davison, while Alan White & Billy Sherwood got together in the studio in the US. “Billy Sherwood and myself did all the rhythm sections, bass and drum, in America,” says Alan White, “down in Los Angeles at Uncle Studios, where he works a lot. It helps when you’ve got a good place to work,” Alan laughs, “and Billy’s really good on the recording desk, so we got things down relatively quickly. I spent quite a while studying the music before I went down to LA so I was prepared.” Yes was one of the premiere progressive-rock bands … ever! We’d love to hear the new work …

Lee Valentine Smith (In Site Magazine)interviewed the Harry & Me! authors David Roberts and Neil Watson Tuesday , Here’s a photo of the authors signing some books in the London-office of the publishers This Day In Music. L-R: David and Neil … Showbiz 411 also reports that Adele’s new single (“Easy on Me”) will be dropped this Thursday at 7:00 PM and probably be #1 ’round-the-world come Friday morning … The Monkees -who have received nothing but outstanding reviews on this current tour – play NYC’s Town Hall on 10-24 ; and, Long Island’s The Paramount on 10-24 …

And, have you heard the new Robert Plant and Alison Krause song “High and Lonesome?” Its rather brilliant. I was never a huge Led Zeppelin-fan, but always admired Plant’s vocal prowess. Truth be told, I began to appreciate Zeppelin’s talents in the last few years and this new single even borrows a tad from that. Masterfully produced and recorded, I hope it’s a big hit. Listening to a song like this reminds me all over again how beautiful music an be. Take a listen: https://www.youtube.com/watch?v=qlcSkdwGyy0