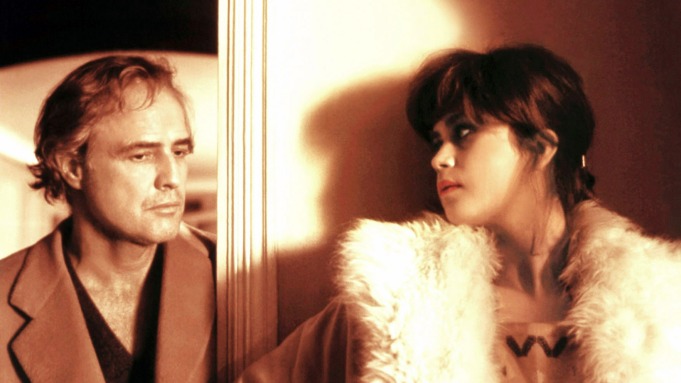 TAN GO? — (Via Deadline) Last Tango In Paris is getting its own The Offer-style making of drama series.

The project, set in Italy, France and the U.S., will span the 18 months before, during and after the production of the film and will explore questions of identity, fame, and artistic ambition. Told through the lens of those at the center of the events – Schneider, Brando and Bertolucci – the series will begin with Bertolucci traveling to Los Angeles in 1971 to convince a broken-down and bankrupt Brando to take a role in his upcoming film – a graphic account of sexual obsession, emotional breakdown and murder.

During the production’s filming, Bertolucci employed ruthless tactics to capture real emotions that ultimately put the actors in harm’s way. Controversy plagued the film following its release in January of 1973, while Brando and Bertolucci profited significantly – the film garnered adjusted gross of $186M, the third highest grossing foreign film to date. The actor and the director went on to receive critical acclaim, with Oscar nominations for Best Actor and Best Director, respectively. Schneider, however, was exploited and ridiculed for her part in the film, which led her down a path of addiction and she struggled with mental health. The only compensation she ever received for her role was $4,000.

It is similar to CBS Studios’ sister company Paramount Television Studios’ The Offer, which tells the controversial story of another Brando film, The Godfather, for Paramount+.

Brühlmann said, “When José and Stampede approached me, I was instantly taken by the project and the chance to look closer at one of the biggest scandals of our industry’s history – despite it not being treated as such at the time. The opportunity to dive into that world, into all these fascinating characters, and especially the possibility of giving Maria Schneider a voice, is really exciting.”

Added Padilha: “Tango tells the story of two men abusing a young and unexperienced woman, not for sex, but for the sake of art. They did it on camera, and the resulting scene made it into a major feature film, acclaimed by critics and audiences alike. The director and the actors basked in success, while Maria’s pain was neglected. I’m thrilled to explore a story about the ethics of art, an important but often neglected subject matter, in partnership with director Lisa Brühlmann.”

I don’t know about you, but when I saw this movie, it was shrouded in controversy and, not to mention, I think the first X-rated movie I ever saw. It was beautifully shot by Bertolucci and Brando’s performance was quite remarkable.

Several pundits weighed in that Brando was not broken down and bankrupt as he was in pre-production on The Godfather, but that remains to be determined. Also written about then was the so-called rampant abuse of some women on the set. Again, to be determined.

Schneider herself was traumatized by the movie and went through a series of personal issues. She passed away in 2011 after a long illness.

The movie was like nothing I had ever seen before and to this day remains a benchmark for sure. This will be interesting.

SHORT TAKES — Musician Robert Miller, who seems to have transitioned from his excellent Project Grand Slam jazz/rock ensemble to podcaster (with his weekly Follow Your Dream show) has sure interviewed a wide berth of people so far, including Mark Bego, Robert Funaro, Leland Sklar, and Mark Scheerer. This week is the fellow who invented WD40 – really! …

I’ve got to give Kathie Lee Gifford credit; she keeps on keeping on. She was on Tuesday’s Today Show tub-thumping her new book The Jesus I Know. I first met her in 1986 and she’s still going strong …

The Nash Bridges re-boot was fun; not great. Don Johnson and Cheech Marin re-visiting the old homestead was indeed a grand idea. Having Cheech’s character Joe run a dispensary (called Joe’s Barbary Coast) was perfect. The two came back to solve a crime with someone from their past. The writing was too choppy for me. Someone had suggested that the re-boot should open at a funeral for Nash’s father Nick (the much missed James Gammon), who passed away during the hiatus. Also, and this is my opinion only, Dakota Johnson should have made some sort of cameo; especially after she credited the show for being her playground growing up. I mean, that would have been special. Will it return as a stand-alone series? I doubt it, but a few TV-movies would certainly be in order. Don Johnson said it best years ago: Don Johnson Was Made For TV …

Adele’s new album 30 is huge … but, reportedly selling well below her last one. She’s also just announced a Las Vegas residency (weekends only) at Caesar’s Palace starting in January and running through April. Oddly enough, writing this I well remember when playing a venue like Vegas was considered trashy. My have times changed …

Been watching Dopesick on Hulu with Michael Keaton. What a superlative production. Some scenes scared the pants off me, but I’ve been told they’re based on fact. A must-see for sure and proof again just how great an actor Keaton is. Simply marvelous … I spent a fair amount of time catching up on some TV and I kept seeing Rod Stewart, promoting his new album The Tears Of Hercules. I’ve heard some tracks and really like it, but like Gifford, you’ve got to give Stewart credit for keeping on-point and keeping it fun. He’s terrific in concert; always up … December 9 at LA’s Book Soup – virtually; a discussion with Freda Payne and Mark Bego about Payne’s new Band Of Gold tell all (Yorkshire Publishing) … And, Happy BDay to Bill Nieves and Jerry Lembo!