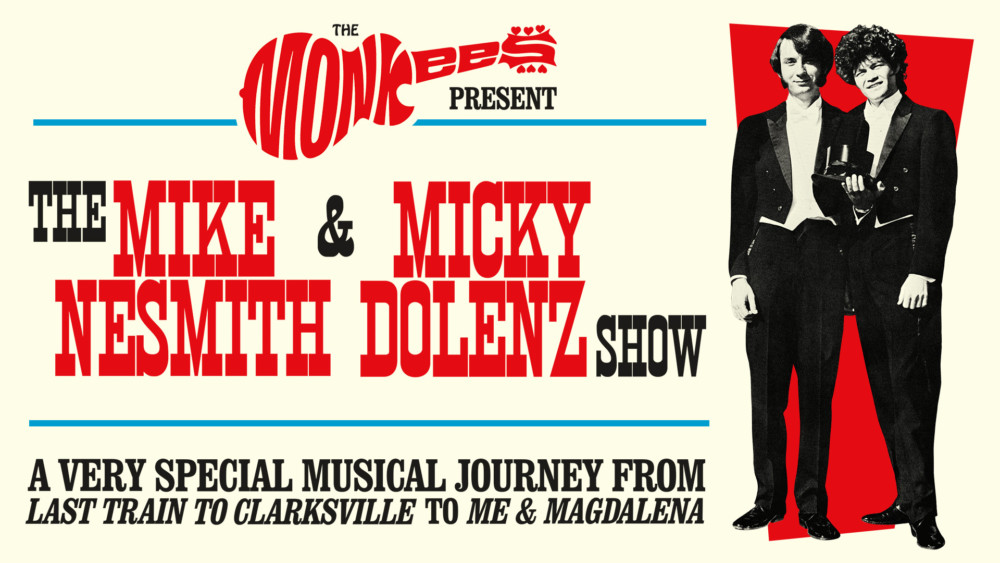 MICHAEL NESMITH RIP — Michael Nesmith of The Monkees passed Friday and the tributes have been flowing in. Quite an interesting fellow to say the least. In many ways his video and TV work with his Pacific Arts company pre-dated what would happen and develop with MTV. I never really knew him, but had a few awkward encounters with him.

Determined, prickly and totally creative, we all owe him a great debt. Roger Friedman in his Showbiz 411 column had perhaps the best take on him. Take a read: https://www.showbiz411.com/2021/12/10/rip-mike-nesmith-of-the-monkees-songwriter-guitarist-always-marched-to-his-own-different-drum

There’s no question that on the final tour, with Micky Dolenz -which we caught at NYC’s Town Hall- he was frail, but when he sang, it was simply brilliant. His take on “While I Cry” was breathtakingly emotional. A true genius for sure.

“Despite his condition, you could never, never have talked him out of the tour.  We had every opportunity to stop the tour. You don’t need any excuses these days. We had the option all the time to cancel dates, and we did cancel a couple for various reasons. We could have canceled more, but he was absolutely determined to finish that tour.

The last show of the tour is pretty much a blur to me.  Our last conversation probably took place that night, but I don’t recall it specifically. We did hug that night on the stage. And the whole tour was very emotional for me. I knew it was pretty unlikely that, for whatever reason, we’d ever be doing this again. That was both our attitudes for us. We went out with flair.

I don’t really see myself as the last Monkee, but it’s the end of an era. That’s for sure.  That’s what happens. None of us are going to get out of this alive.”

Dolenz, who will appear with Felix Cavaliere at NY’s new Palladium outpost in Times Square on January 22, , will no doubt honor his memory. Their final tour, which ended last month with a performance at LA’s Greek Theater,encompassed 41 shows. RIP.

DAVID LASLEY RIP — (Via Billboard) David Lasley — an American artist, songwriter and longtime backup singer for a slew of legendary artists — passed away on Dec. 9 at the age of 74, Billboard has confirmed. In addition to a solo career that netted him the 1982 top 40 Billboard Hot 100 hit “If I Had My Wish Tonight,” Lasley sang backup for Burt Bacharach, Neil Diamond, Luther Vandross, Chaka Khan, Aretha Franklin and more.

Tributes to the late singer poured in after the news of his passing, with Desmond Child, James Taylor and more expressing their condolences online and sharing his music.

Lasley co-wrote Bonnie Raitt’s “I Ain’t Gonna Let You Break My Heart Again” and “Got You On My Mind.” Raitt took to social media with fond words about Lasley, stating, “I am so sorry to hear of the passing of yet another beautiful friend and bright light in our music world, golden voiced David Lasley.”

According to a 1986 Los Angeles Times interview, Lasley grew up just outside of Grand Rapids, Michigan, where he sang in his local church. Lasley, his late sister Julie and his childhood friends later formed a band called The Utopias and made four records together, which they promoted at local radio stations. After the group disbanded, Lasley went on to join the touring production of Hair! from 1972-1974.

Following his stint in the Utopias, Lasley formed a vocal group called Rosie, which released two albums on RCA records in 1976 and 1977. Years later, he lent his talents to commercials, voicing ads for Miller Beer and Seagram’s Cooler.

Lasley’s four octave vocal range made him a coveted backup singer, especially with his falsetto voice. Over the course of his career, he also worked behind James Taylor, Joni Mitchell, Bette Midler and Ringo Starr.

In the early 1980’s, Lasley was signed to Geffen Records but bought his way out of his contract when he became dissatisfied with the label asking him to “copy other artists,” according to the Los Angeles Times interview.

Lasley also appeared in 20 Feet From Stardom, the 2013 documentary about backup singers that won Best Documentary Feature at the 2014 Academy Awards.In 2021, a severe illness left Lasley an amputee, according to a GoFundMe started by McCuller, his friend and collaborator of 51 years. He is survived by his brother Dean Lasley.

RICK & LOU — Yes-keyboardist Rick Wakeman has played on everything from Bowie’s “Hunky Dory
to Marc Bolan’s “Get It On.” Classic Rock ran a story on him last month with some remembrances of the sessions. Here’s his take on one with Lou Reed:

“We met when I did sessions for Lou Reed [1972] at Morgan Studios in London. Studio One was upstairs, and the control room was upstairs again from there. Everyone who was taking part waited down in the bar – not a difficult thing for me at the time. I think there was a different session going on in another studio, because Rolf Harris was also there, as was – for some reason So you waited until you were called by Lou – a bit like a doctor’s surgery. Eventually someone came over and told me: “Rick – Lou is ready for you now.” So I went up, and the studio was pitch-black apart from a lamp on the piano. I put the cans on, and I hear Lou’s voice in my ear: “I’m gonna play you this track, and I want you to play piano real quick over it. Just make sure you play real quick.”

I played over a few song snippets, then he went: “Thank you. That was great.” I got up, the lights came on, and he came down, thanked me, and I walked out the door. It was an incredibly bizarre session. He was very pleasant to me, but I would imagine he could be a little bad-tempered.”

SHORT TAKES — Freda Payne and co-author Mark Bego were at Oscar’s Friday night in Palm Springs. Payne performed and the duo signed copies of their Yorkshire Publishing title Band Of Gold-A Memoir. Bego reports that the SRO crowd loved her show and all of their books sold out. Thanks to Felix for the photo. Congrats … With Santa Con back on, it brought back terrific memories of the Wives & Orphans event down at South Street Seaport years ago. Everyone from Robert DeNiro to Harvey Keitel to Micky Dolenz appeared there. The event was begun after 9/11 and it always delighted and amazed me to see the kids grow year after year.  I never forgot the torment of those days, but seeing them prosper was simply amazing. Al O’Leary always set us up perfectly. Thank you Sir  … Veteran-pr-man Randy Alexander passed one year ago.  Still remembered for his stellar work .