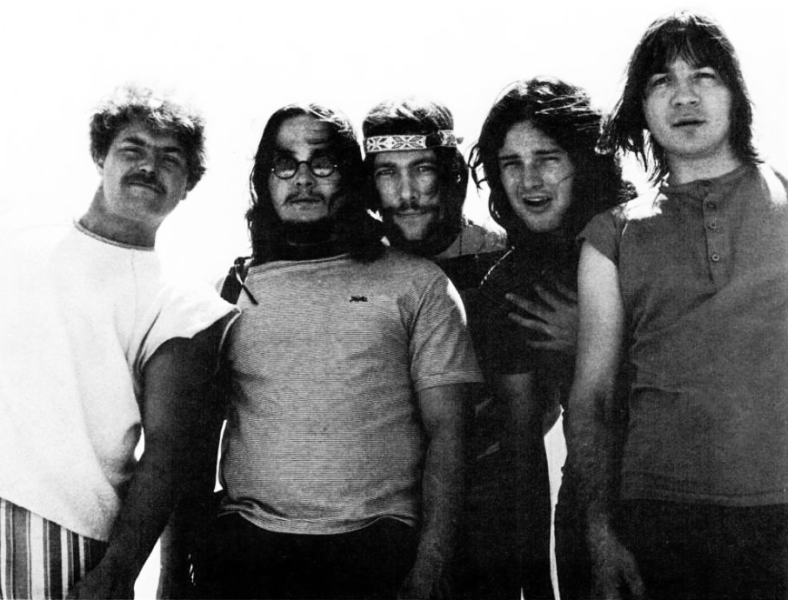 GUESS WHO — (Via Forgotten Hits) It’s finally happening … for sure this time!

Two years after we first told you that Burton Cummings and Randy Bachman would be touring together again; it looks like they’re FINALLY ready to announce tour dates.

This will likely be the last time it happens and, incredibly, they can’t bill it as a Guess Who tour as the name is currently owned by other former members of the band (who shall remain nameless here … because who else other than Burton and Randy could you POSSIBLY associate with The Guess Who to begin with?!?!)

As soon as the tour dates are announced, we’ll give you the run down here.

(No official word yet if a Soundstage taping is still in the works … but that would certainly be the icing on the cake and a GREAT way to commemorate this awesome reunion.)

GRAMMYS DOWN — 7 days before the actual ceremony, NARAS has a problem … for a change. Deborah Duggan, current CEO – she replaced beleaguered CEO Neil Portnow, has been formally put on administrative leave due to a complaint filed to Human Resources … by Portnow’s assistant, who stayed on after his departure. Got that?

The skinny is that Duggan apparently rubbed everyone the wrong way. Long-term NARAS members were fearful of losing their much vaulted positions. Not paid positions, mind you, but positions where they helped themselves to NARAS’ rich-history of perks.

I’ve been around NARAS for longer than I care to remember, and it’s always been like that. The rich and powerful have made their money and are comfortable and are very fearful of change. Ironically, Portnow, after the reign of terror by Michael Greene, did succeed in bringing some stability to NARAS; although, in all fairness, he made some disastrous changes.

The question in my mind is why it happened so close to the show. Turns out that it won’t really affect the show at all, as Duggan had no plans to speak, as Portnow and Greene always did. Maybe that’s what pissed them all off.

Readers will recall, I hope, that I had my own NARAS problems with one Dana Tomarken, who was jettisoned by Portnow last year, after a series of unfavorable moves. She ran MusiCares with an iron fist. No one could ever get her on the phone. Trust me … I know. The case was wisely very quietly settled out of court.

HOUSTON WE HAVE A PROBLEM — By now you’ve no doubt heard the uproar over the Rock & roll Hall of Fame inductees: I have no problem with T-Rex, as they remain one of my all-time favorite bands; and, certainly not The Doobie Brothers (their “Jesus Is Just Alright” is a stone-cold classic); but, I do have a big question  mark over Whitney Houston.

I’ve read most of the posts from bewildered fans and industry folk alike, but the real reason she’s there is because of her all-time mentor Clive Davis. This is Davis’ last opportunity, to shake the Houston-bandwagon-moneymaker, as it were, one last time. I don’t know Clive at all, but the Hall of Fame has always cottoned to the labels and the gatekeepers of the label. Its called political pressure.

Perhaps the one post I read that made the most sense said: This wasn’t what Ahmet wanted.

It’s an interesting comment because Ahmet, via his Atlantic Records, always championed R&B music and R&B singers … but, Ahmet had a binding love for rock and roll music. I knew Ahmet and this comment is totally right on. This never would have happened on Ahmet’s watch.

I thought that when John Sykes became the new steward of the Hall, things would change. They have a bit … but, clearly John  still feels the politics.

To have Todd Rundgren and Pat Benatar overlooked is an egregious error in my book.

Romeo Delight -the Ultimate Van Halen Tribute Band- played to an SRO audience at Daryl’s House last weekend. Here’s a brand new shot of the band … We caught Sam Mendes’ 1917 last night and really enjoyed it a lot more than I thought I would. from the early-trailers, it basically looked like a retread of Christopher Nolan’s Dunkirk. 1917 is Dunkirk V2. The much talked about one-camera shot throughout Roger Deakins) does become a bid tedious, but if you’re a true cine-file, you’ll delight in it. Don’t know if it the picture of the year, or, last year, but its a winner … Watched the first episode of The Outsider on Netflix, starring Jason Bateman, who also directed the lead-off episode. Based on a Stephen King book, it’s deliciously good with some echo of Bateman’s own Ozark-character, Marty Bryde. I initially wondered why Bateman was doing another series when Ozark is still up and running and staying terrific, but, I guess these days, you take the work when it comes. Highly recommended … Sad news for Mindhunter fans. The leads of the show have been released from their contracts. The show has not been canceled, but there are no plans to move forward. This was a great show created by David Fincher. Fincher has an assortment of projectors pending, but this was a truly great show. Stay tuned … WOR’s Tom Cuddy is coming close to becoming the new toastmaster general in the record biz,. The new Joe Smith if you will. Last week, he held a retirement party for long-time iHeart receptionist Anita Scipio.