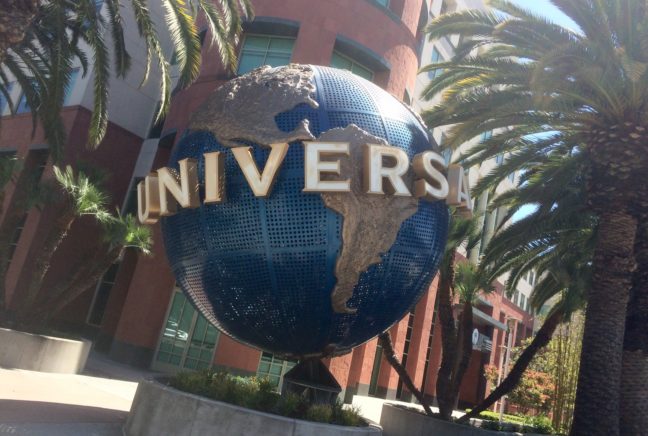 UNIVERSAL  BUSINESS— (Via Music Business Worldwide) In February, MBW told you that Universal Music Group was planning to introduce a policy that would see unrecouped balances disregarded for eligible catalog songwriters and artists on its books.

We were told at the time by senior sources in the music industry that this policy would be confirmed publicly by UMG in the coming months.

The policy was announced within UMG’s Environment Social Governance (ESG) report, included in its Annual Report 2021, which was published today.

In the report, which also highlights initiatives on artist welfare, climate change and Diversity, Equity, and Inclusion, among other subjects, UMG says it will be launching what it calls a “worldwide goodwill program for certain legacy featured recording artists and songwriters”.

The program will see UMG disregard unrecouped balances on advances for eligible artists.

Within the report, UMG states: “Continuing to build an industry-leading tradition of support programs for legacy artists, in 2022, UMG is proud to initiate a worldwide goodwill program for certain legacy featured recording artists and songwriters with unrecouped balances.

“By not applying their unrecouped advances to royalty statements for any period beginning January 1, 2022, eligible creators and their immediate heirs who have not received any payments since January 1, 2000, will begin receiving royalties, subject to certain conditions.”

UMG says it will contact eligible artists and songwriters in the coming months.

Last summer, Sony Music Group announced that it would no longer apply existing unrecouped balances to earnings for eligible songwriters and artists who were signed prior to the year 2000, and who hadn’t received advances since.

In February, Warner Music Group, the world’s third largest music rights company, also confirmed that it is introducing a “legacy unrecouped advances program”, which will go into effect on July 1.Music Business Worldwide 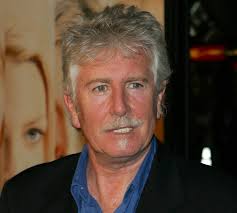 GRAHAM NASH — (Via Ultimate Classic Rock) Graham Nash is no stranger to politics and world affairs, on his own or with Crosby, Stills and Young. So it’s been no great surprise that the setlist for his latest tour have been inspired by the war in Ukraine and political turmoil in the United States.

During his “An Intimate Evening of Songs and Stories” dates in 2022, Nash has been opening with Crosby Stills Nash and Young’s “Find the Cost of Freedom” and his own “Military Madness.” “Immigration Man” and “In Your Name,” his song castigating those invoking God as a reason for conflict, are also in the early-show mix. Amid those, tracks such as Crosby Stills and Nash’s “Wasted on the Way,” the Hollies’ “King Midas in Reverse” and CSNY’s “Right Between the Eyes” take on a different and more powerful kind of resonance.

“I actually changed the beginning of my shows because of what’s going on in Ukraine,” Nash tells UCR. “I took a chance because normally you want to come out and do a hit to make them all feel comfortable, and get comfortable in their seats and get their jackets off and stuff like that. No, no, no, no. There’s stuff going on in the world that everybody is aware of, that everybody wants to escape the news of, but I have to start my show with these songs. I have to say, ‘Look, there’s something going on here that we need to talk about.”

Nash, of course, has been talking about serious matters – of the heart, as well as the world – throughout his career. He contends that “it doesn’t make me angry” that the songs remain relevant decades later, but he probably wouldn’t mind if they weren’t, either.

“It makes me realize that humanity is either fucked or glorious, and there’s not a lot of in between,” Nash says. “There’s incredibly brilliant, wonderful things being done by humanity at the same time we’re obliterating Mariupol in the Ukraine, destroying the entire fucking city. They did that with Crimea. … And I’ve got to agree with Biden; he’s raised world concern that this man Putin has to be taken out of power. This is fucking madness. This is 2022, for God’s sake.

Fans will get a dose of that topical sensibility on May 6 with the release of Graham Nash: Live, which features performances of his first two solo albums – 1971’s Songs For Beginners and 1974’s Wild Tales. The LP was recorded in September of 2019 with his regular accompanists, Shane Fontayne and Todd Caldwell, and a fleshed-out band they put together specifically for the occasion.

“They were great New York musicians,” Nash recalls. “They knew what they were doing, and it sounded great. I was kind of amazed the band was into the original way of playing those [albums].” His opinion of the performances was confirmed by mastering engineer Bob Ludwig, too.

“He worked on the original Songs For Beginners album, so that’s how long I’ve been working with him,” Nash says. “Now, I’ve never gotten an email from him, ever. He did his job, got paid, done, goodbye. This time he emailed me and said, ‘Look, I just have to say I worked on the original Songs for Beginners and you are singing better than that, for sure, and I just wanted to congratulate you.’ And coming from a mastering engineer that was a great email to get.”

Nash is currently off the road, with a next leg of U.S. shows starting July 22 in Poughkeepsie, with dates on the East and West Coasts. Meanwhile he’s busy with an array of other projects. He’s “one track short” of finishing his next solo album – his first since 2016’s The Path Tonight – which he’s been recording remotely. He’s also mixing an album he’s recorded with fellow Hollies co-founder Allan Clarke, which Nash hopes to have out later this year. Meanwhile, regular archivist Joel Bernstein is putting together a box set of live recordings by CSNY from 1969, at the start of the quartet’s career.

Nash remains “done” with David Crosby – permanently – and he laments that Neil Young and Stephen Stills are still staying off the road. In their stead, Nash is dipping into their catalogs, jointly and separately, and occasionally playing good pal Joni Mitchell’s “A Case of You,” which is about his romantic breakup with her during the early ’70s.

“I’ve realized one very simple thing,” Nash says. “Crosby’s not going to go out anymore, I don’t believe. I think he’s done. I think Stephen is not going out any time soon, and who the hell knows what Neil is doing – not even Neil, probably. So if people want to hear any of that music, there’s only one place they can hear it right now: That’s me. There’s been a tremendous amount of music made in the last 50 years by a combination of me and David and Stephen and Neil. I want to keep all that alive. There’s no reason for any of that music to disappear just because the people who made it are dying or don’t play anymore.”

For me, Nash has long been a fantastic artist, writer, photographer, spokesman for a generation and written one great book, also titled Wild Tales. I’ve read it four times and each time, its just a terrific read. I can’t recommend it enough. I had occasion to bump into him and told him I was reading it again. He looked at me with a twinkle in his eye and said “quite a life, right?”

I just realized I had another Nash LP -on Rhino- a 2-CD compilation of his first two solos album and the demos. Utterly fantastic. Go get a copy. As for CSN and maybe Y; I predict they will get back together one last time.

I mean, they have too, right?

SHORT TAKES — Will Smith banned from the Oscar’s and Academy for 10 years. Fair? I’d say more than fair as he gets to keep his Oscar along with Kevin Spacey and Roman Polanski who kept theirs too. The real question is who is going to want to work with Smith right now? All his projects are essentially frozen and that includes another Bad Boys sequel too. So, what’s next? Methinks there are many personal issues for him to resolve too. Stay tuned as this story is far from over … As always, Roger Friedman in his Showbiz 411has a brilliant take on the Smith Watch; check it out: https://www.showbiz411.com/2022/04/08/will-smiths-severe-punishment-shocks-civilians-but-what-he-did-after-slap-was-almost-worse … 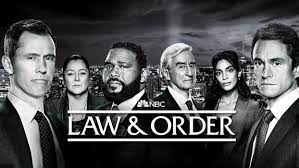 Dick Wolf’s Law & Order-revival (the Mothership) has certainly taken its time to get everything in order and I felt last Thursday’s episode (Free Speech) was their best yet. Unfortunately, it also become their lowest-rated episode thus far. 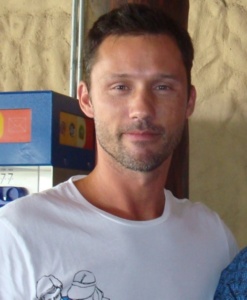 I think Jeffrey Donovan -as Det. Frank Cosgrove- is just terrific, while Anthony Anderson seems to be sleep-walking through his performance as Cosgrove’s partner. I hope the episodes get better; they just have too! … Ed Sheeran, victorious in a copyright case, says that from now on all his songwriting sessions will be videotaped. I don’t know what he hopes to accomplish with that; it’s a grand idea, but won’t last that long I predict and actually somewhat silly … 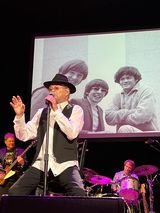 Forgotten Hits Kent Kotal tells me his sheet this week is filled with many Monkee and Micky Dolenz-memories as Dolenz hits Chicago on Tuesday. Here’s a bit of the review (by radio’s Ed Salamon) from his current Monkees-celebration tour: I went to the first show in The Monkees Celebration Tour last night in Nashville and it was fantastic! Micky Dolenz sang all the hits (which I think would have been hits no matter which Monkee sang them) and deep cuts, backed by a band that captured the original music’s vibe perfectly. The constant presence of the original four via video on three screens made it a true Monkees’ show. It was especially cool for me that the footage included their KHJ concert at the Hollywood Bowl and the group in front of WCFL’s Marina Towers (both stations I worked with, albeit later on). If The Monkees Celebration is coming to your town, or nearby, don’t miss it! … SIGHTING: PR-pasha David Salidor at Brooklyn Heights’ Sushi Gallery Saturday night … Walked into my local market today after the gym and “Daydream Believer” was on the radio – what a fab song; next up was “I Saw Her Standing there” equally fab … 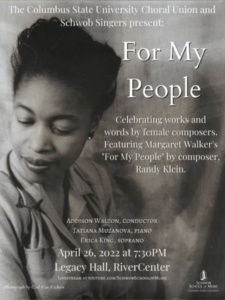 For My People, a song cycle by composer Jazzheads Music Group prexy Randy Klein featuring the poetry of Margaret Walker, will be performed by the Columbus State University Choral Union and Schwob Singers. The concert will take place on April 26, 2022 at 7:30 at Legacy Hall, RiverCenter, Columbus State University, Columbus, GA. For My People will be conducted by Addison Walton.  The concert will be livestreamed at youtube.com/schwobschoolofmusic. Margaret Walker wrote about the Black experience in the south during the Civil Rights era of the 1960’s. Adds Klein: “Her words are as relevant today as they were when she first put pen to paper.” Klein and librettist Joan Ross Sorkin are also currently adapting Margaret Walker’s famed novel Jubilee into a folk-opera … And, Happy Bday to Robin Platzer!