MORE DANCING? — (Via Deadline) Filmmaker Jonathan Levine has been set to direct the buzzed-about sequel to beloved 1987 movie Dirty Dancing, which Lionsgate is launching for next week’s Cannes market.

In an exclusive interview with Deadline, Levine discussed the hot market package and revealed details about the film’s creative direction.

In the sequel, Jennifer Grey will reprise her iconic role of Frances “Baby” Houseman as she returns to Kellerman’s in the 1990’s. Like the original, the sequel will be a coming-of-age romance centered on the experience of a young woman at the summer camp, but Baby’s own journey will intertwine with this to create a multi-layered narrative. 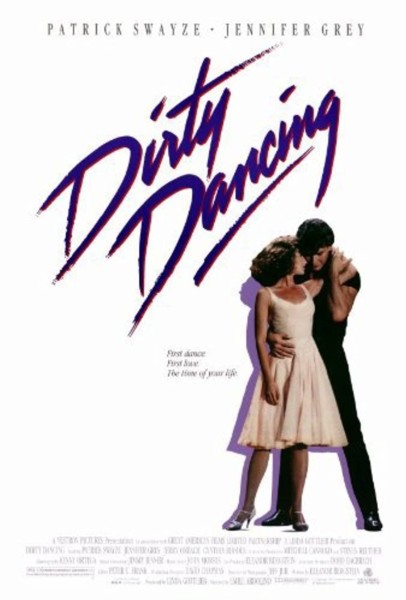 Levine has co-written the sequel, also titled Dirty Dancing, with Elizabeth Chomko. Casting conversations are underway — the team has a shortlist of names to play the lead — and the film is expected to go into production later this year for release in 2024. The cast is expected to be a combination of newcomers and name actors.

Grey might not be the only face from the original to return, Levine told us. “We are about to talk to people and are exploring that,” the 50/50 director said.

“The most important thing for us was having Jennifer on board,” he added. “She is an invaluable collaborator. We’re going to try to involve as many people from the original as is appropriate. We want to be respectful in every way.”

That involves having a conversation with Patrick Swayze’s estate, Levine said. “Johnny is a part of Baby’s journey in the story.”

He told us: “This film exists in a dialogue with the original. We want to introduce this story to a whole new generation. That said, Johnny’s absence looms large over the story, so it’s a coming-of-age story but also a coming-of-age for Baby’s character in a way.”

The movie’s music will range from songs from the original movie — “Hungry Eyes” is among the songs set to return — to 90’s hip-hop. Levine also name-checked Alanis Morissette and Liz Phair as artists whose songs potentially could feature.

“While the original Dirty Dancing has always been one of my favorite films, I never imagined I would direct the sequel,” said Levine. “Through co-writing it, I fell in love with the characters (new and old), the world of 1990’s Catskills New York, and the music, which will range from songs from the original movie to 90’s hip-hop. I can’t wait to collaborate with Jennifer to bring this beautiful story of summer and romance and dancing to a generation of new fans. And to the longtime ones, I promise we will not ruin your childhood. We will tackle the assignment with sophistication, ambition and, above all, love.”

A key story element in the 1960’s-set original is Penny’s abortion, which came before the Roe v Wade legislation. In our chat, Levine recognized the controversy sparked by the recent leak of a document suggesting the Supreme Court has voted to strike down the landmark Roe v. Wade decision. But it’s not clear whether the subject will feature in the new movie.

Dirty Dancing is the best-selling library title in Lionsgate’s history. The 1987 original starring Grey and Swayze was a global box office smash and has amassed an ardent fanbase the world over.

Commenting on the appointment of Levine to direct, Erin Westerman, Lionsgate’s President of Production, said: “Dirty Dancing is more than a movie – it’s a cultural touchstone that continues to be a rite of passage. As we approach the next chapter, we knew we had to honor the depth, the relevance, and the heat of the original. We’ve been lucky to have Jennifer as our guide and are thrilled to have Jonathan by her side at the helm, because everything he makes is textured and romantic – he always gives us goosebumps.”

This is without a doubt one of the worst ideas I’ve heard in quite some time. To even attempt to re-create the genius of the original film is an impossible task. The original movie, which I’ve watched over and over, was just so good –from Jerry Orbac h to Patrick Swayze and Jack Weston- that to even consider it, is a huge mistake.

One online-poster said, “When I think of the Catskills, I think of hip hop. This movie will sweep the Razzies.”

Another poster said: “Let’s not forget the original film was from the long-missed Vestron, who was one of the greatest successes of the independent film and video scene of the 1990’s before it fell apart! They had one heck of a video label of acquired titles, and their own films – they burned brightly before it burned out.”

Also, legendary producer Jimmy Ienner was involved in the brilliant soundtrack as EP and ultimately put together one of the strongest soundtrack albums ever, with the likes of The Ronettes; Eric Carmen; Merry Clayton;and a track by Swayze, “She’s Like The wind” that was actually one of the gems of the album. The major hit was “(I’ve Had) The Time of My Life” by Bill Medley and Jennifer Warnes.

(Via Wikipedia) It was released on July 18, 1987, by RCA Records and went on to sell 32 million copies worldwide and is one of the best-selling albums of all time. In the United States, the album spent 18 weeks at number one on the Billboard 200 chart and has been certified 11-times Platinum by the Recording Industry Association of America. With shipments of at least 3.25 million copies, it is the all-time best-selling album in Germany.

CENTRAL CHIC — (via Deadline) Have you heard about the new dance craze? That was the first line to the 1978 disco hit “Le Freak” by Nile Rodgers and Bernard Edwards, who performed with a large cast as Chic. Disco died soon after, but now it’s rising from the grave in a new immersive attraction debuting in New York City’s Central Park this summer. 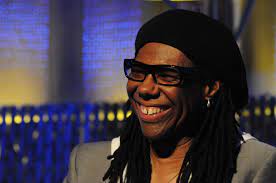 The DiscOasis, as it’s called, is billed as “an immersive, musical, and theatrical roller disco experience.” It will bow at Central Park’s historic and iconic Wollman Rink  on June 16 through October 1. The best news is Grammy winner and Rock and Roll Hall of Famer Nile Rodgers will preside as “Groovemaster” and music curator for the project.

The experience bowed in Los Angeles last year, but now returns to what many consider the birthplace of disco.

A cast of skate performers will bring The DiscOasis to life each evening with live performances, and beyond the rink, the DiscOasis will feature, a dance floor, local DJs performing, cafe, games, installations, photo booths, and more. A portion of the proceed will benefit the “We Are Family Foundation,” which supports cultural diversity and youths. 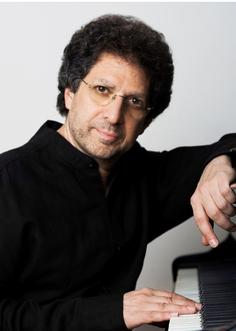 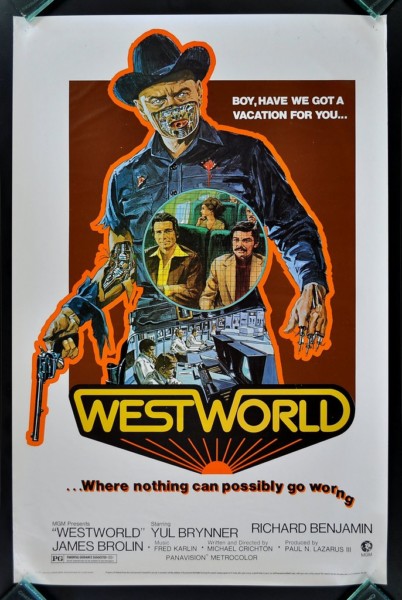 HBO’s Westworld Season 4 returns next month after a two-year break. Here’s the trailer with Lou Reed’s “Perfect Day”: https://www.youtube.com/watch?v=ORLHTNhEqIM … (Via 42 Street) Never one to shy away from the spotlight, the aptly-named Gordon Ramsay Fish & Chips opening at 1500 Broadway (near W44th Street and 7th Ave) is Ramsay’s third location for the franchise, which also boasts outposts in the equally tourist-friendly cities of Orlando and Las Vegas. The space takes over the previous 16,000 sq ft home of Sephora (which moved up Broadway in 2019). Ramsay said of his latest venture: “Fish & Chips is a really important dish to me, not only is it quintessentially British but it was part of my upbringing. I’ve found a way to elevate that classic dish, dress it up and really modernize the experience. I’ve had 3 stars in Chelsea for over 2 decades, 2 stars in France, restaurants around the globe – but my mum is most proud of the chippy.” His latest eatery aims to elevate the ever-popular UK cod dish with shrimp, chicken, and lobster options as well as his own signature cocktail, aioli, curry & mango, and tartar sauces for dipping. In another slightly-Americanized nod to the Brits, Biscoff and Sticky Toffee shakes are available to-go.  Ramsay — who has been awarded 16 Michelin stars since the opening of his first solo restaurant in 1998 — currently owns a wide portfolio of eateries worldwide, ranging from steakhouse to classic French to pub-style tavern. Trained under French chef Jean-Claude Breton, he first gained notoriety in 1999 after appearing on British kitchen documentary Boiling Point, which led to a series of Ramsay-headlined television programs — including the infamous Hell’s Kitchen. Ramsay’s proclivity to frequently berate contestants in a creative variety of horrifying insults has earned him equal parts infamy and recognition, though he’s since displayed a softer side on MasterChef Junior, in which he guides preternaturally talented children through a rigorous cooking competition. Ramsay was optimistic about the brand’s success in New York, saying in an uncharacteristically profanity-free statement to AMNY: “I love the vibrance, the energy of Times Square and the convergence of locals and visitors from around the world. There’s just no place like it!” Added Norman Abdallah, CEO of Gordon Ramsay North America: “We are eager to expand Gordon Ramsay Fish & Chips to New York City and Times Square. The restaurant holds strong ties to Chef Ramsay’s childhood and initial love for cooking, and we can’t wait to share that with New York.”  Grab a pint and pass the $%*&* vinegar! … Check out a terrific interview by Jim Ryan with Micky Dolenz in Forbes. com – here it is: Micky Dolenz On Legacy Of The Monkees And Favorite Live Concert Moments (forbes.com) … 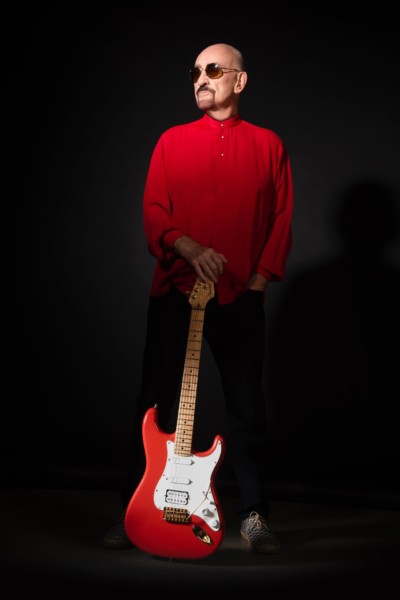