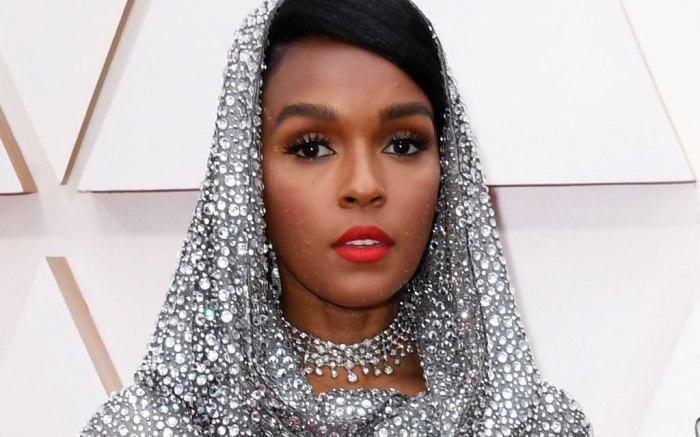 OSCARS 2020 — Overall, I think that this was the best Oscar show in decades. Janelle Monae delivered a career breaking performance. I knew she could sing and dance, but not everyone there did. She’s a terrific actress too (check her out in Hidden Figures) and last night, was like the audition of life. Simply sensational.

Steve Martin and Chris Rock were great too, especially Rock. Martin, who I’ve loved for decades, seemed a little overwhelmed, but got in a few good yucks for sure. And, I sure didn’t get the Jeff Bezos jokes at all. Did anyone laugh? Can we count on some Ted Sarandos (The Irishman) jokes next year? That was a major-misfire.

Brad Pitt completed his trifecta. Compelling, easy on the eyes and just a great, great performance in Once Upon A Time In America. I can’t quite believe that Quentin Tarantino didn’t win for best screenplay. I’ve seen the movie three times and glean just a bit more each time. No doubt, his best movie yet!

Eminem delivered a knockout performance; stunning almost everyone. That song, “Lose Yourself,” from his terrific 8 Mile film won on 2003 … so, better late than never. Just stirring and awesome. He’s been much missed, Mr. Mathers.

I loved that Elton won for “(I’m Gonna) Love Me Again.” It’s not my favorite Elton song, but this is his year and what a way to go out! First Oscar for Bernie!

76-year old Randy Newman’s song from Toy Story 4 – “I Can’t Let You Throw Yourself Away” was his 13th Oscar nomination. Was it me, or was the title repeated over and over? I love Randy … but, write another verse!

The stage was beautifully set and the flow was better than I ever remember. Sure, I miss Crystal and Carson and even Bob Hope … but, it was a thrilling show for sure.

One other thing I noticed over and over; the old guard., Pitt, DiCaprio and Hanks, always outfit themselves in a beautiful tux. Kids, that’s the way to go. If you’re not wearing a tux, you in the wrong.

JOEY’S HOME —(Via Ultimate Classic Rock) Joey Kramer returned to action with Aerosmith last night, appearing with the band at the latest installment of its Las Vegas residency.  It appeared to mark the end of a disagreement that had led to a lawsuit between the drummer and his bandmates, after they reportedly refused to let him perform with them, alleging he wasn’t up to the job.

The show at the MGM Park Theater began as usual with a short film that sums up the band’s career. The members then assembled at the back of the stage before the curtain rose, and then Kramer was the first to take his position. Singer Steven Tyler announced, “On the drums, Mr. Joey Kramer” to cheers from the audience.

They began the set with “Let the Music Do the Talking.” In the middle of the song, Tyler spent some time in front of Kramer’s kit and mouthed some words in his direction, but it’s not clear what was said. Kramer’s return presumably means the end of the dispute, which arose after he was forced to take time off after an injury.

When he asked to return, he said he was invited to audition, which he found “humiliating.” He posted a video of himself being refused access to a rehearsal session, and later shared the podium, but not the stage, with his band-mates at recent MusiCares and Grammy awards nights.

Responding to the legal action, Aerosmith said their “brother” Kramer had “not been emotionally and physically able to perform with the band, by his own admission, for the last six months,” noting that, despite having “encouraged him to rejoin us … he’d left it too late to accept in time for Grammy rehearsals.

The band noted it would be “a disservice to him, to ourselves and to our fans to have him play without adequate time to prepare and rehearse.” Confirming he was invited to attend the events, they insisted, “We are bonded together by much more than our time onstage.”

Aerosmith’s Las Vegas residency runs until June 4, after which they have a number of live appearances scheduled until Sept. 18.

SHORT TAKES — Robin Trower at The Paramount in Huntington, Long Island, on October 15. His classic Bridge of Sighs album (1974) was pretty much my college album. Kudos to him for still being out there …

Micky Dolenz knocked it out of the park in two weekends shows in Tucson, with the Tucson Symphony Orchestra. Could there be a live album coming? Stay tuned. Dolenz is at My Father’s Place next weekend in Long Island. Two shows; afternoon and evening and in April, he re-teams with Michael Nesmith for another round of The Mike & Micky Show …

Celebrity-scribe Mark Bego attended the Elton John Oscar Party this past Sunday with Mary Wilson. The pair hobnobbed with the likes of Quincy Jones; Chaka Khan; Nile Rogers; and Sharon Osbourne. Mark said a brief encounter with Oscar-winner Bernie Taupin was terrific too …  We caught the season debut of Showtime’s Homeland – their final season and found it pretty compelling. Hard to believe it’s been two years since it last aired. Claire Danes and Mandy Patinkin were firing on all cylinders. Should be a great, final end for a brilliant show …

SIGHTING: Wendy Stuart Kaplan and Richard Pryor, Jr. … Adam Sandler took the Best Male Lead at the Independent Spirit Awards for Uncut Gems. Bravo … Universal’s Tim Plumley … what happened? … Notice how quiet the NARAS/Grammy kerfuffle has gotten? I don’t know if NARAS has hired a new spin-master or what … but, quiet seems to be the new normal …And, no one’s called me to ask, but producer Joel Diamond is still my #1 choice for sorting it all out. Joel just received the Icon Award for Music Oscar-night in LA, at the site of the former Norby Walters Oscar fete. Flack Eddie Lozzi apparently took it over when Walters passed several years back. On hand were Rebecca Holden; Anita and Bonnie Pointer and Wink Martindale (!!!). Congrats  Joel.

G. H. HARDINGNovember 10, 2021
Read More
Scroll for more
Tap
Oscars On My Mind – To Worry About Them in This Age of Greater Anxiety
Seth Rudetsky’s Broadway at The Town Hall Was Magic to Do With Patina Miller