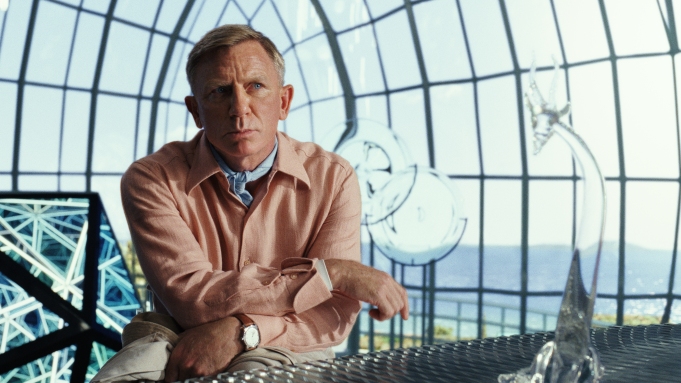 GLASS ONION UPDATE — (via Deadline) This is a big deal: For the first time, all three big exhibitors are on board with releasing a major Netflix title, that being the Rian Johnson directed sequel Glass Onion: A Knives Out Mystery, the franchise that the streamer snapped up for a near $400M as Deadline first told you. The movie will hit theaters on Wednesday, Nov. 23, the day before Thanksgiving.As AMC Boss Adam Aron says about today’s deal, exhibition and Netflix have “cracked the code” to working together, while Cineworld CEO Mooky Greidinger is optimistic about greater things to come exclaiming, “this experiment is a breakthrough for both the theatrical industry and Netflix and can pave the way for a stronger cooperation in the future as Netflix big budget movies for sure belong on the big screen first.”

Here’s the thing: It’s not a wide release, rather 600 theaters booking in U.S. and Canada, plus additional markets overseas. It’s being billed by Netflix as a sneak preview run. Here are some of the terms: Knives Out 2 will play for one week, from Nov. 23-29, and then there will be a blackout period for the film in the remaining weeks before it hits Netflix on Dec. 23. Essentially a 30-day window, even though the theaters don’t have it for 30 days. Note, that with other Netflix theatrical releases, independent theaters have held their titles in subsequent weeks even though a title will go onto the service. It’s quite possible that if Knives Out 2 does some substantial business, it could be held over in the big chains — but that’s a wait-and-see at this point in time. We hear that Netflix will not be reporting box office figures for Glass Onion.

This is a monumental peace treaty between exhibition and Netflix. Cinemark has been a partner playing Netflix movies since theaters came back during the pandemic, however, going back to the rocky talks of the Martin Scorsese Netflix movie, The Irishman, it hasn’t always been a smooth road between the streamer, AMC and Cineworld. Netflix gets a notable theatrical launch in big cinemas for Glass Onion after the film received a huge response after its TIFF premiere with 90% on Rotten Tomatoes (the pic is already being buzzed for Oscars), and exhibition gets more movies during the Thanksgiving holiday week, which is a big time for moviegoing, especially on Black Friday. Lionsgate originally had the first Knives Out over Thanksgiving 2019 where it posted a 5-day opening of $41.4M and legged out to a $165.3M domestic gross.

Said filmmaker Rian Johnson: “I’m over the moon that Netflix has worked with AMC, Regal and Cinemark to get Glass Onion in theaters for this one of a kind sneak preview. These movies are made to thrill audiences, and I can’t wait to feel the energy of the crowd as they experience Glass Onion. Between this and the release on Netflix in December, I’m excited that audiences around the world will be able to enjoy the film!”

Glass Onion: A Knives Out Mystery sees Daniel Craig return as suave southern sleuth Benoit Blanc as he peels back the layers on a new mystery surrounded by a colorful coterie of suspects played by a star-studded cast that includes Edward Norton, Janelle Monáe, Kathryn Hahn, Leslie Odom Jr., Jessica Henwick, Madelyn Cline with Kate Hudson and Dave Bautista. Johnson also wrote and produced alongside his partner Ram Bergman under their T-Street banner.

Face it, Hollywood knows its in trouble. People got used to staying at home during the pandemic and dialing up something on the streaming channels. They got used to it and they liked it. Sure Woody Allen and others may bemoan that the theater experience is over … but it actually just might be. I can’t recall the last movie I saw in a theaters, but it does deliver a better experience unquestionably. But, it’s also comfortable watching it from home. 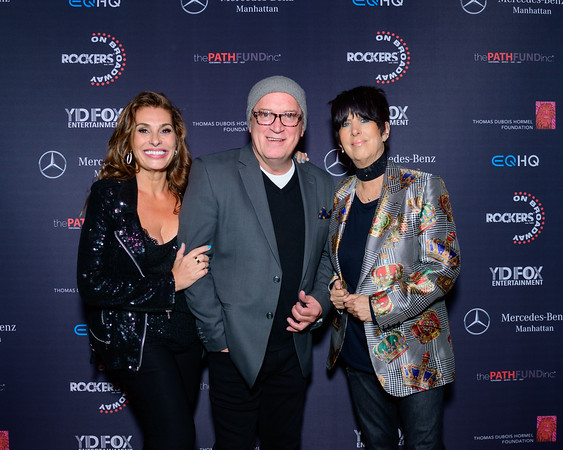 DOLLY ROCKS AND ROCKS — In our review of Rockers On Broadway: She Rocks earlier this week, we meant to single out producer Dolly Fox for her extraordinary assistance and work on the show. A close friend of Diane Warren, she was instrumental in putting the program together, which as we said, just might have been the best edition yet. Here’s Ms. Fox with Donnie Kehr and Diane Warren.

And, in the “Rhythm Of The Night” opener, we wanted to also say how much Joshua Turchin (vocals) and Alvaro Domingo Alvarez (drums) stood out brilliantly.

SHORT TAKES — With everyone from Paul Simon to Genesis and Bruce Springsteen selling their catalogs, now’s the time to cash in; so who does you think is next? Justin Bieber. WTF? Showbiz 411’s Roger Friedman had a great item about it and as usual he’s right on the money. Check it out here: https://www.showbiz411.com/2022/10/06/justin-biebers-song-catalog-for-sale-what-is-it-actually-worth-with-so-many-co-writers … 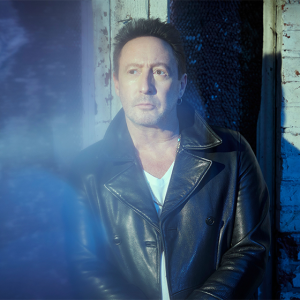 Julian Lennon, now 59, has released his best album (his 7th) since 1984’s Valotte, called Jude. The cover is a photo taken by May Pang and the single, “Ever Little Moment,” nicely apes the beginning of “Lucy In The Sky With Diamonds.” Its a classy effort for sure with the  production by Lennon and Justin Clayton. Julian’s dabbled in everything from writing books to photography, so his focus has really all over the place. Certainly living with such a celebrated figure as his father could not have been easy. BMG Records, who keep a very low profile -remember the last album from The Pretenders, Hate For Sale in May 2020?- stealthily released this one last month with minimal promotion. The album will get totally lost. “Moment” is a great track, but with radio the way it is today, there’s very, very few stations for it to be played on. A great effort for sure … After a rather disastrous liaison with Madonna’s manage Guy Oseary, U2 seems to be hooking up with the infamous Irving (The Eagles; Fleetwood Mac) Azoff … 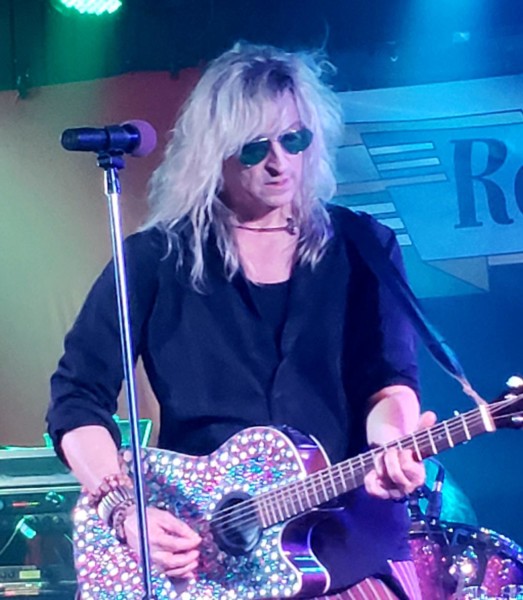 Romeo Delight were at Daryl’s House Friday night and return to The Cutting Room on November 19 … King Charles nickname for Meghan Markle is tungsten? That does speak volumes, right? … I really don’t know what to say about  last week’s resolution of the Rust civil-case, where the husband of Halyna Hutchins, resolved to move forward with the pic (and a cash payment as well) and become an executive producer of the film. I’ve never heard of something like this before. I am an Alec Baldwin fan and I’m 1000% sure this was just a horrible accident, but it’s odd for sure. The pic will resume filming in February … 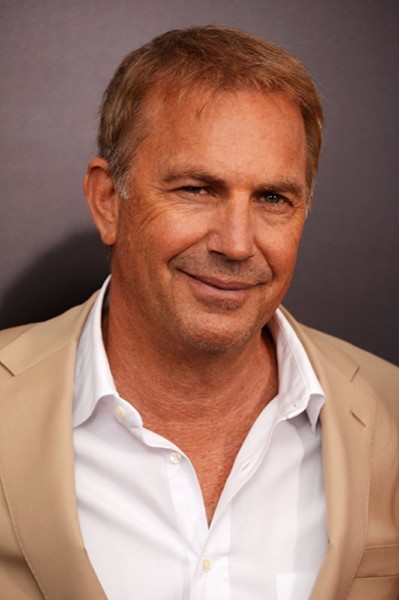 Kevin Costner is getting $1.2 million an episode for Yellowstone in Season 5-bowing next month. I’ve been a Costner-fan since the beginning; he’s just great and its a great show … HAPPY BDAY Heather Moore.