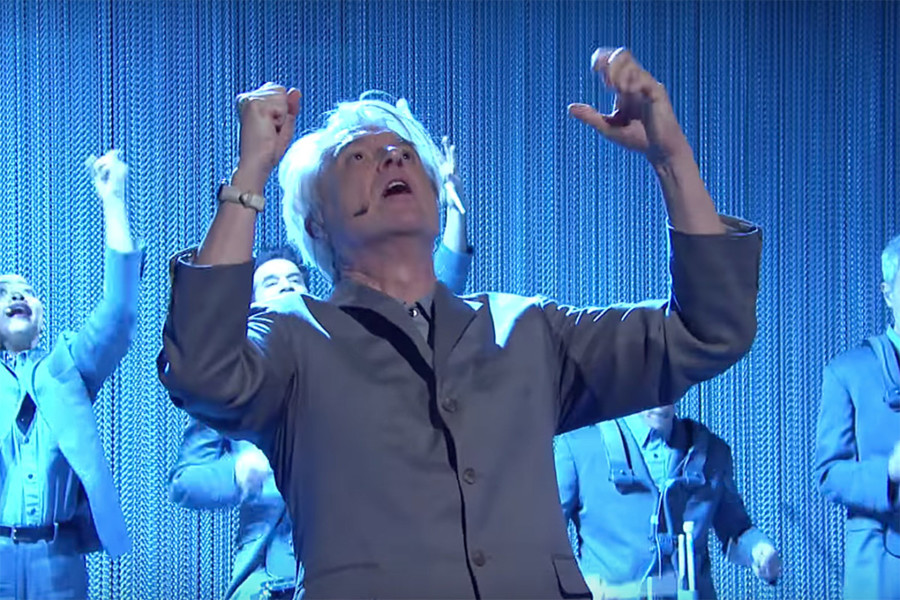 GRAMMY DRAMA — So, what happened to Grammy CEO Deborah Dugan following her being placed “administrative leave” this winter.

As you know, Deborah Dugan has been on a paid administrative leave of absence since January 16, 2020.  We are writing to let you know that, earlier today, the Board of Trustees voted to terminate Ms. Dugan’s employment as President/CEO of the Recording Academy.

This decision of the Board, with full support of the Executive Committee, was based on:

This is not what we wanted or what we expected when we hired Ms. Dugan last year.  At the time, we placed our trust in her and believed she would effectively lead the organization.  Unfortunately, that is not what happened.  Though she made some valuable contributions, Ms. Dugan failed to perform her job duties as promised and expected.

Although we did participate in some settlement discussions at Ms. Dugan’s request after she stated that it was her desire to leave the Academy and be bought out of her employment contract, we were ultimately compelled to dismiss Ms. Dugan as our President/CEO.  Not removing Ms. Dugan from the organization at this time would have caused us to compromise our values.  We could not reward her with a lucrative settlement and thereby set a precedent that behavior like hers has no consequence.  Our members and employees, and the entire music industry, deserve better than that.

The Board’s decision to dismiss Ms. Dugan closes one chapter in the Recording Academy’s history.  It also begins a new one.  In the coming days, we will initiate a search for a new President/CEO who will leverage the Academy’s diverse membership and rich history and help us transform it to better serve our members today and into the future.  As we structure this new search, we will look carefully to see where the last one led us astray and make any necessary changes going forward.

It is not uncommon for organizations and leaders to part ways after a short period. It usually happens without rancor. Unfortunately, in this case, Ms. Dugan sought to damage our reputation on her way out, and it is likely we will see more attempts to disparage the Academy in the coming weeks. We regret that, as members of the Academy, you have had to endure so much recent negativity.

From this point forward, our focus will be on moving forward with the transformation agenda we initiated prior to hiring Ms. Dugan, and on working to improve the Academy.  Much of this work has been happening but much of it is yet to come. We realize that we are not perfect, but we want you to know that our attention and energy will remain squarely on you and on the positive changes we are making together.  We will not be distracted from that.  We will use this moment to reflect on where we can be better, and pledge to realize a future in which our organization is known for its diversity, transparency, creativity, mutual respect, and overall excellence.

Thank you for your support and continued service and commitment to the Recording Academy.

-The Executive Committee of the Recording Academy”

Well, totally not unexpected I’d say. I don’t know Duggan, but her actions before, during and after The Grammy’s were, to my mind, totally inexcusable. I’m sure she had high-powered (and, well-paid) help, but it all seemed to backfire on her … right? No payout?

There are still pundits who say Mason is still keeping everything shrouded in mystery (releasing no results of two-high valued investigations) and their high-priced barrister Joel Katz remains engaged to Grammy-heaven.

Harvey. Check out producer/ writer/manager Joel Diamond. I’m not kidding, you need some new blood and I believe Joel’s the one who could do it. He’s even based in LA. I promise … you’ll thank me later.

The 400 page Apropos of Nothing will be released by Grand Central Books on April 7th.  There had been rumblings for a while that such a book existed.

Unusually, the book is pretty much being dropped instantly. In other words, it’s too late for one of Woody’s kooky enemies to stop it from hitting book stores and e-stores.

It’s likely that Woody will set the record straight on the never ending mishegos surrounding his separation from Mia Farrow, his marriage to Mia’s adopted daughter, Soon Yi Previn, and their own family. Woody will hopefully address the scandal around the accusation that he molested adopted daughter Dylan. Look for the Farrows to kick up a storm.

SHORT TAKES — Boy, was there ever a better interviewer than James Lipton? I watched him and his research was always amazing. He passed on Monday at 93. What a talent and what a legacy of great shows. Missed already for sure. RIP James …And, MSNBC’s Chris Matthews abruptly resigned Monday over a slew of sexual harassment charges. I always liked him. Another to be missed for sure …

… Boy, did David Bryne deliver on last weekend’s Saturday Night Live!Performing “Life During Wartime” with his entire American Utopia cast, Bryne set the audience on fire. From a friend there: It was the best musical performance in years for the show. Bryne, always an innovator, created a theater-like atmosphere in the studio and delivered just a brilliant performance. We also hear American Utopia is coming back to Broadway … and, deservedly so …

Great story last week on the legendary Ben Frank’s in LA on the Sunset Strip. Ben’s, open always it seemed, was just the perfect spot almost any time in LA. I well remember going there with my wife once we arrived in LA and checked into our hotel. It must have been about 1:00 AM and walking in, my wife saw her cousin who she hadn’t seen in years. Stuff like that always happened. Unfortunately, it’s been gone for years now, but its history lives on. Check it out: https://www.metv.com/stories/how-one-hip-coffee-shop-on-sunset-strip-had-heavy-influence-on-the-monkees/?fbclid=IwAR12Xgva3O4lZ0G4KMqQXJcg3s-bKf84Z0O1Zb_w9g1F0jQABaS3yVvXkmc … This recent story of singer Duffy is rather harrowing. I loved her record “Mercy” and always wondered what happened. https://www.vulture.com/2020/02/welsh-singer-duffy-reemerges-says-she-was-held-captive.html?utm_source=Sailthru&utm_medium=email&utm_campaign=Vulture%20-%20February%2025%2C%202020&utm_term=Subscription%20List%20-%20Vulture%20%281%20Year%29 … SIGHTING: Celebrity-author Mark Bego at Jerry Bobs in Tucson … Get well Jodi Ritzen …

And, on Thursday, March at the ASCAP office in Nashville,Thank You, Mister Rogers-producer Dennis Scott will hold a media event for the album. Several artists on the album are scheduled to appear.

G. H. HARDINGJanuary 9, 2023
Read More
Scroll for more
Tap
Inside the Actors Studio Host James Lipton Dies
Once Upon A One More Time, A New Musical Set to the Hits of Britney Spears