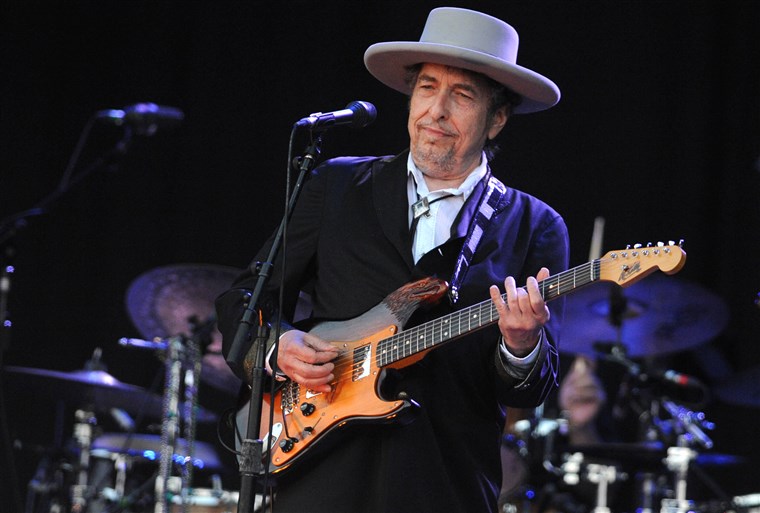 MY MAN BOB — I guess the one thing you can now admit about Bob Dylan is that the man never fails to surprise. Thursday’s release of a 17-minute track, from 1997, just boggles the mind. “Murder Most Foul” is almost like a spoken oratory about the JFK assassination, given the Dylan-treatment.

The reaction across-the-board was pretty positive, with one wag saying that he might have to be given that Nobel Prize again. Music-industry-insiders were stunned as well, as not only did it give people everywhere a breath of distraction from the world-events, but also the Dylan–watchers who go over every detail.

If you’re a Dylan-fan and I am a huge one … you know that going to a Dylan-show, it’s either going to be amazing, or a total bore. The last time I saw him at NYC’s Beacon Theater, it was a good one. Dylan, adorned in white cowboy boots, was festive, spoke to the audience and gave the best show I’ve ever seen him do.

I also saw him at Jones Beach years back and you couldn’t undestand a word he was saying; owing mostly I suppose, to a poor sound system.

Why it took so long to release in another mystery; though I have a friend who recorded some tracks around 1975 or so and is just now getting around to releasing them

TODD’S JUST ONE VICTORY — Todd Rundgren and an all-star crew are re-recording his 1973 anthem “Just One Victory” and giving it away for free to Democrats all over America running for public office this year. It’s still early in the process, but Joe Walsh, Daryl Hall, and Paul Shaffer have already pledged to join the effort along with producer Don Was.

They can also use it in a commercial if they so desire.”

“Just One Victory” originally appeared as the final track on Rundgren’s 1973 LP, A Wizard, a True Star. The former Nazz singer had just scored huge solo hits with “Hello It’s Me” and “I Saw the Light,” but he was eager to take his music in a different direction.

“I wanted to stop writing so-called ‘love songs’ because I had been writing about a relationship I had in high school that was long over,” he says. “It was insincere songwriting. I didn’t want to write ‘babe you broke my heart’ over and over. And ‘Just One Victory’ was one of the initial stabs I took at writing something that was meant to address a larger audience rather than just the lonely person inside you.”

“Just One Victory” wasn’t a single, but it became a fan favorite over the years and is often the last song Rundgren plays at his concerts. When he started thinking about a song he could give to Democrats for the election, it became the obvious choice.

Joe Walsh, Daryl Hall, Paul Shaffer, and Don Was signed on quickly, but Rundgren hopes that is only the beginning. “Let’s go for ‘We Are the World,’ ” he says. “Not many people know about it at this particular moment, especially because just as we were getting into the project this huge distraction [of the virus] came along. We are waiting for everyone to settle down from that before we refocus on the political and start actively soliciting some performances.”

Guest artists on the song don’t need to be musicians or even musically inclined. “We’ve spoken to a number of non-musicians that just want to sing along to the chorus at the end,” Rundgren says. “They can carry a tune, but they don’t have to be known as a musician or even have any prowess as a musician. It’s never really been about that. It’s been about showing some unity behind a candidate or a slate of candidates that are trying to turn things back around.”

Rundgren is essentially stranded in Kauai until the coronavirus situation winds down, which means that Was will play a large role in assembling the various guest contributions into a completed track. “He and I will go over everything and figure out who goes best in which part of the song,” Rundgren says. “But I don’t imagine that this project will be finished or nearing completion until June or so.”

Once that happens, any Democrat will have access to the song; they won’t have to pay a dime, not even to ASCAP or BMI. “It’s really the kind of thing to get people hyped up and ready to go out and vote,” Rundgren says.

SHORT TAKES — Artists from all over have reacted to the crisis in a variety of ways: Robert Miller’s Project Grand Slam had a video-premiere Friday night for their, as yet unreleased, song “It’s A Miracle To Me.” Just a sensational video for a terrific new track off their next album, titled East Side Sessions. Take a look here:

… Says Miller: “We wanted to do our share to help people get through this terrible coronavirus pandemic. So we made a video of one of our new songs – “It’s A Miracle To Me”. The song is joyous, upbeat and life affirming. Just what’s needed in these dark times. We each recorded an individual video from our different locations across the US and Canada, and then put them together into a single performance video.”

Just terrific … Debbie Gibson has resurrected her long-dormant movie/production of Skirts for World Theatre Day, by having a variety of artists perform several selections from it. Says Gibson, “”While Broadway is closed, Katie Ford, Hillary Carlip and I thought it would be fun and inspirational to give a world premiere and sneak preview of our original musicalSkirts.” Consider it our gift to performers to use on their next musical theater audition.” With an original book by Katie Ford and Hillary Carlip, and music and lyrics by Gibson, Skirts is based on the real-life phenomenon of girl gangs in the Bronx in 1964, divided by neighborhoods, race and culture, who settled their differences thru dance. Her original PR-man David Salidor remembers: “Skirts was just a sensational idea back then. Debbie was one of the most successful artists of the day and her idea was to present Skirts as a movie; Kenny Ortega was attached to it at the time to direct. Part West Side Story; part Rent … it was an idea that was way ahead of its time. It’s really a tragedy that it didn’t get made. There were business problems as the company that optioned it, was about to be closed down, run by the late-great Dawn Steel. Then Amy Pascal at SONY got involved and it really went nowhere. It was joyous, celebratory and uplifting. it definitely should have moved forward.”