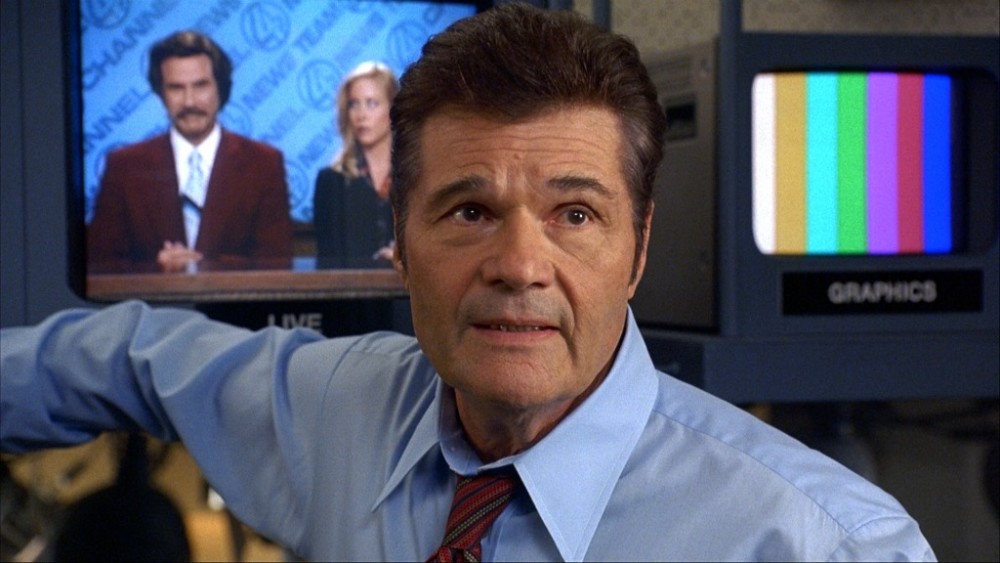 FRED WILLARD RIP — We lost the terrific actor/ comedian Fred Willard over the week, at 86. He was just always with us and was such a continually funny presence. Here’s Anthony Pomes’ (from Square One Publishing) recollections: In the midst of so much sadness, our home is sadder today to learn that the one and only Fred Willard has passed away at age 86 due to natural causes (as reported by his daughter Hope Willard Mulbarger. This comes less than two years after the passing of Fred’s equally brilliant and wonderful wife, Mary Willard. I first got to know Fred and Mary back in 2009, when I began to work with Fred on a movie trivia book for Square One Publishers. He and I had a great time sharing enthusiasm about all kinds of movies, some of which were the subject of trivia questions that Fred asked the anchors during a hilarious morning segment over at Fox & Friends, Fox News Channel.

On the walk back to Mary at the hotel, Fred shared some fun stories with me about what it was like working with James Mason on Tobe Hooper’s 1979 TV movie of Salem’s Lot – and I also had the honor of giving him one of the two bananas that I had bought earlier that day at a local grocer. I’ll always remember Fred saying to me (in that wonderfully Fred-like way), “Uh, thank you for the banana!” A few years later, my wife Diane and I became friends with Mary and Fred, and it was always a delight for us to see and hear from them whenever they were in NY. Rest In Peace, Fred – you were one of our great comical actors, a genius improviser, and you will be deeply missed by us all. Sincere condolences not only to daughter Hope and her family, but also to his agent Mike Eisenstadt and his friends and colleagues . . . of which there are a great many.

Willard was terrific in Waiting for Guffman; This Is Spinal Tap; Best In Show;  and Anchorman. A singular talent. Here’s a great story from the Rolling Stone: https://www.rollingstone.com/movies/movie-news/fred-willard-best-in-show-actor-dead-obit-1000942/.

Here’s the link to that Square One Fred Willard-Movie Trivia book – its terrific: https://www.amazon.com/dp/0757003117/ref=cm_sw_r_cp_api_i_vytWEbJ0PYPTQ?fbclid=IwAR026bcbgVg1R46d2oQq520FRkwejF2FzgXdr1k4rl_FCuBmHGeDlNpY0qo

ASTRID PASSES— Astrid Kirchherr, the German-born photographer who first captured the Beatles, has died at the age of 81.

“Intelligent, inspirational, innovative, daring, artistic, awake, aware, beautiful, smart, loving and uplifting friend to many,” Beatles historian Mark Lewisohn tweeted (via NME). “Her gift to the Beatles was immeasurable. She died in Hamburg on Wednesday, a few days before turning 82.”

After attending performances by the Beatles — then John Lennon, Paul McCartney, George Harrison, drummer Pete Best, and bassist and “fifth Beatle” Stuart Sutcliffe — performing in her native Hamburg, Germany, in 1960, she convinced the band to accompany her to a nearby fairground where the first, now-iconic photos of the then-quintet were taken.

“They were all so young, and I was so different. I was a few years older; I had my own flat, my own car, my own career. They hadn’t met anyone like me before,” Kirchher once said of meeting the Beatles. “In some ways I was more like a mother figure.”

Kirchherr is also credited with giving the Beatles their mop-top look — “Astrid was the one who influenced our image more than anyone else. It made us look good,” Harrison once said — but the photographer dismissed that claim, noting that many German art students at that time — including her ex-boyfriend and longtime Beatles collaborator Klaus Voormann  — had that hairstyle.

In 1964, Kirchherr reunited with the Fab Four to serve as set photographer on the Beatles’ A Hard Day’s Night film. Three years later, she married drummer Gibson Kemp, who was Ringo Starr’s replacement in Rory Storm and the Hurricanes after Starr replaced Best in the Beatles. Kirchherr also photographed the Harrison portrait featured within 1968’s Wonderwall Music, one of the last photographs Kirchherr snapped before changing her profession to interior design.

“Absolutely stunned to hear the news of Astrid passing,” Pete Best tweeted Friday. “God bless you love. We shared some wonderful memories and the most amazing fun times.”

MELISSA ETHERIDGE — (From Showbix 411) This is very sad news. Melissa Etheridge has announced her 21 year old son, Beckett, has died of a drug overdose. Beckett was one of two children Melissa had with Julie Cypher. David Crosby was the biological father.

Etheridge and Cypher split up right after the children were born in 2001. Crosby, for what it’s worth, has had a lifetime of struggling with drugs. It sounds from Melissa’s post that Beckett struggled with drugs, too. There’s obviously a lot going on here. We can’t and shouldn’t judge. Tragic.

Etheridge wrote on Facebook: “Today I joined the hundreds of thousands of families who have lost loved ones to opioid addiction. My son Beckett, who was just 21, struggled to overcome his addiction and finally succumbed to it today. He will be missed by those who loved him, his family and friends.

My heart is broken. I am grateful for those who have reached out with condolences and I feel their love and sincere grief.

We struggle with what else we could have done to save him, and in the end we know he is out of the pain now.
I will sing again, soon. It has always healed me. – Melissa”

We haven’t heard it, but the word we got from the producers is its charming. Here’s their official site: https://www.wnycstudios.org/podcasts/heresthething …

Robert Miller’s Project Grand Slam releases their next video this week, “March Of The Diplomats.” From their forthcoming album East Side Sessions.Shot by Aaron Wilhelm, it’s another terrific track. We’ll have the link mid-week … We just heard about a musical collaboration between two of my favorites, Jim Peterik (Ides Of March and Robert Lamm from Chicago) called “Everything Is Gonna’ Work Out Fine” – details to follow on this … Friday’s Blacklist season-finale was the much anticipated episode that was partially animated. The results? Mixed. It was animated much like a graphic novel and for me, I really enjoyed it. Exaggerated to a degree, it seemed to have turned off as many viewers as it turned on. Though the show had some great moments, I thought the ending scene was one that seemed to have been repeated several times before: Liz turns on Red. When the show first burst onto the screens in 2013, it had a certain magic. That regrettably seems to have fallen by the wayside. I’d watch James Spader read the phone-book (he’s that good!) … but, the show has lost a lot of its originality and luster. Sad … And, HAPPY BDAY Mark Berry and Eddie Muentes!