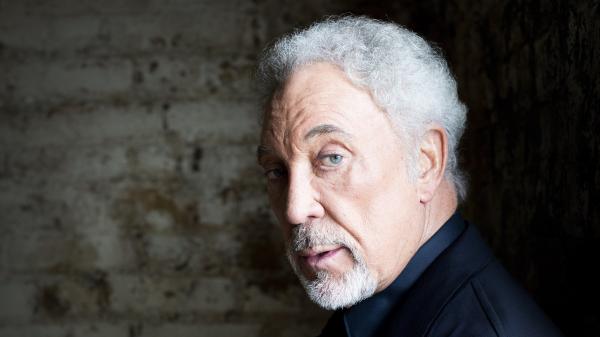 BONNIE POINTER RIP — Bonnie Pointer, a member of Grammy-winning vocal group The Pointer Sisters, died Monday. She was 69. No cause of death was given; though early reports claimed it was a heart attack.

“I have to announce to the fans of The Pointer Sisters that my sister, Bonnie died this morning,” her sister and fellow singer Anita Pointer said in a statement to the PA news agency. “Our family is devastated, on behalf of my siblings and I and the entire Pointer family, we ask for your prayers at this time.”

Bonnie Pointer and her younger sister June co-founded duo The Pointers in 1969. When their sister Anita joined them later that year, they changed their name to The Pointer Sisters. Their oldest sister Ruth joined in 1972, and a year after that, they released their self-titled debut album, which included the hit “Yes We Can Can.”

Bonnie and Anita co-wrote the group’s crossover country hit, “Fairytale”, in 1974, which also became a Top 20 pop hit and won the group their first Grammy for Best Vocal by a Duo or Group, Country. It also received a Grammy nomination for Best Country Song.

Bonnie left the group in 1977 for a solo career, signing with Motown in 1978. She went on to release “Heaven Must Have Sent You,” which reached No. 11 on Billboard Hot 100 chart, along with three solo albums, including two before retiring from the studio.

Bonnie appeared on Soul Train in 1985, and reunited with her sisters occasionally in the 1990’s, such as when the group received a star on the Hollywood Walk of Fame in 1994. She continued to perform into the 2000’s.

She also appeared as herself in the 2010 Monte Hellman-directed film The Road To Nowhere.

I met here several times back in the days and she was absolutely gracious. She’ll be missed. Huge loss.

LEON’S CRIB — I was and still am a huge Leon Russell fan. Amazingly, I never got to see him, until a dozen or so years back, as the opening act for Dave Mason. He looked frail and walked onstage with a cane … but, once he sat down at the piano, he was the Leon I worshiped.

This story came on the wires Monday and has drawn an amazing amount of traction: From Ultimate Classic Rock: Leon Russell’s former Hollywood Hills home has been put on the market for a price of $1.398 million.

The late-rocker used the bright green house as a recording studio in the 60’s and 70’s.

Among the releases recorded within its walls was Russell’s 1970 self-titled solo LP, with Joe Cocker, Mick Jagger, Eric Clapton, Steve Winwood and Ringo Starr among the many guest contributors. The home’s location on Skyhill Drive earned it the name Skyhill Studios.

While the music industry and recording studios have changed greatly since the heyday of Skyhill Studios, the home itself remains largely unchanged.

The second story features three of the four bedrooms, including the master. Once again, there’s no shortage of bright colors, as various rooms are decked out in purple and pink, with accompanying blue bathrooms. There’s also an abundance of wood cabinetry, popular in yesteryear, but outdated by today’s standards.

The outdoor area features a patio and luscious landscaping, along with a large, bubbling rock fountain.

FIXER ALERT!, begins the home’s official listing, before noting that the new owner would need to put in work to update the property.

Still, its size and location remain key selling points – along with the house’s impressive history. “Formerly owned by 1970’s rock n’ roll legend Leon Russell,” the listing boasts. “Russell (and 2 of the Beatles, most of the Stones, and more) recorded inside the house, known as Skyhill Studios. If these walls could sing!

As a musician and songwriter, Russell worked with a long list of music’s biggest names. He contributed to work by Elton John, the Beach Boys, Ray Charles, George Harrison, Bob Dylan and many more, while also releasing more than 30 albums of his own. Russell died in 2016 at the age of 74.

Even the peripatetic Bob Lefsetz did a respectful job on the story. Bob’s next column posted a slew of responses, including one from a close, former road-manager, who said: Leon’s mother must have dropped him on his head once, as he was never into leasing … rather, buying!”

Boy, if those walls could indeed talk! Historic!

THE FLASH TROUBLE — The Flash may not be back for a long time, due to its pandemic-pushed production schedule, but it now appears that it will do so without a fan-favorite character, Ralph Dibny, a.k.a. Elongated Man, after some recently-unearthed tweets by the actor who portrays him, Hartley Sawyer, retroactively stretched his foot into his mouth.

The CW has officially fired Sawyer from his series regular role on The Flash, reports the Hollywood Reporter, The move occurs after attention was recently called to the tweets in question, made from 2012 to 2014, which—due to their sheer volume—tick quite the array of offensive boxes, with some racist, misogynistic and all-around sexually-crude attempts at humor. After the tweets resurfaced, Sawyer issued an apology, which he posted on his Instagram, seeing as his Twitter appears to have been—quite understandably—deleted. However, it was apparently not enough for the network.

Here’s their statement: “Hartley Sawyer will not be returning for season seven of The Flash. In regards to Mr. Sawyer’s posts on social media, we do not tolerate derogatory remarks that target any race, ethnicity, national origin, gender, or sexual orientation. Such remarks are antithetical to our values and polices, which strive and evolve to promote a safe, inclusive and productive environment for our workforce.”

The network’s move occurs during a particularly powder keg time amidst global protests over police brutality sparked by the brutal killing of George Floyd in Minneapolis, and the subject of racial inequality—particularly of African-Americans—brought to the forefront of the national conversation. Indeed, the straw that might have broken the camel’s back was a 2012 tweet that read, “The only thing keeping me from doing mildly racist tweets is the knowledge that Al Sharpton would never stop complaining about me.” Moreover, the tweet collection is laden with references to things such as date rape, voyeurism and domestic violence.

As Sawyer states in his Instagram apology, which he released on May 30 (before his dismissal from The Flash):

“My words, irrelevant of being meant with an intent of humor, were hurtful, and unacceptable. I am ashamed I was capable of these really horrible attempts to get attention at that time. I regret them deeply. This was not acceptable behavior. These were words I threw out at the time with no thought or recognition of the harm my words could do, and now have done today.” He adds, “I am incredibly sorry, ashamed and disappointed in myself for my ignorance back then. I want to be very clear: this is not reflective of what I think or who I am now.”

Sawyer’s post of repentance also references his current personal journey to becoming a responsible adult and having his eyes opened to the impact of his words. Contextually, he was a working actor during the 2012-2014 time period of the tweets, best known at that point for his 2010-2011 television run on TBS 1980s-set coming-of-age comedy Glory Daze.

He debuted on The Flash in 2017 in the recurring role of Ralph Dibny, a sleazy private investigator—and former rival on the police force to Barry Allen—who is turned into a metahuman, gaining the power to stretch his body in rubbery ways, eventually becoming superhero Elongated Man. Indeed, Dibny’s redemption arc toward his superhero status was one of the most entertaining aspects of the series in recent years, and it earned Sawyer a promotion to the main cast in 2018, leading to the casting of Natalie Dreyfuss as the character’s eventual wife and crime-fighting partner, Sue Dearbon. Thus, this is a firing that is—at least from a story standpoint—a major setback for The Flash.

Additionally, The CW’s firing of Sawyer occurs shortly after a shocking shakeup on the show’s DC Comics-adapting Arrowversecontinuity cousin, Batwoman, which saw its star, Ruby Rose quit the show in what was a mutually-agreed move. Rose’s character, Kate Kane/Batwoman, will reportedly be replaced with a yet-to-be-cast, similarly-LGBTQ character, named Ryan Wilder, who will eventually inherit the mantle of Batwoman from Kate due to circumstances not yet known.

Regardless, The Flash and the majority of The CW’s primetime lineup is scheduled to return in January 2021.

SHORT TAKES — Just listened to Alec Baldwin’s podcast (Here’s the Thing) with Daryl Hall (Hall & Oates) and it was just terrific. Having been a Hall fan for decades, I thought I knew almost the whole story … including Chappell Music and Champion Entertainment. Well, he drops some great new intel and, yes, he does briefly mention Tommy Mottola (but no Randy Hoffman!) and Arif Mardin. Just sensational. Check it out here: https://www.wnycstudios.org/podcasts/heresthething … Next Tuesday, Alec’s interview with Micky Dolenz drops … Robert Miller of Project Grand Slam spoke to BFA’s Zach Martin Tuesday for Martin’s podcast. They talked about Miller’s forthcoming album East Side Sessions and what’s to become of live music. Miller’s “The Pardners” video drops tomorrow, but here’s a sneak peak: https://www.dropbox.com/s/ypn8lsss9hhseuu/The%20Pardners_v3.mp4?dl=0&fbclid=IwAR2k66XiHAhUEQwpR_0-L5MMaoITW8OtUF2wc9auXVkcODiT9L0BGrSkWV8 …

Guess Good ‘n Screwed is good ‘n gone forever now. Joanna Bonaro’s outstanding show, which actually shot its pilot (with Robert Funaro as her romantic lead) seems to have hit a dead end. Even with some additional Vincent Pastore scenes shot as well. From what I’m hearing the three streaming outlets that wanted it … have now moved on. Too bad as it would have been exceptional fare during these months of sheltering-in-place. It was a classic … And, The debut album (on BMG) from the Allman Betts Band is now DOA too. The sons of Duane and Dickey, are a touring phenomena. Without that, they’re left in the dust. I’m also hearing that management maneuvers played a big, big part in the album not igniting. Sad …

Tom Jones turned 80! Have loved him since “It’s Not Unusual.” And, his TV show was definitely as good as Glen Campbell’s.