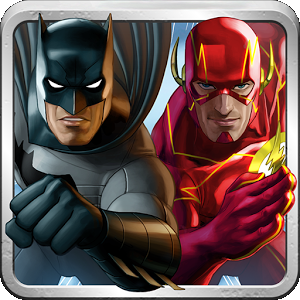 SCHUMACHER PASSES — Joel Schumacher, costume designer-turned-director of films including St. Elmo’s Fire, The Lost Boys and Falling Down, as well as two Batman films, died in New York City on Monday morning after a year-long battle with cancer. He was 80.

Schumacher brought his fashion background to directing a run of stylish films throughout the 1980’s and 1990’s that were not always critically acclaimed, but continue to be well-loved by audiences for capturing the feel of the era.

Schumacher’s second and last film in the franchise was 1997’s Batman and Robin, with George Clooney as Batman and Arnold Schwarzenegger as villain Mr. Freeze. For Batman Forever, the openly gay Schumacher introduced nipples to the costumes worn by Batman and Robin, leaning into the longstanding latent homoeroticism between the two characters. (In 2006, Clooney told Barbara Walters that he had played Batman as gay.)

Several years after the Batman debacle, Schumacher directed the feature adaptation of Andrew Lloyd Webber’s musical The Phantom of the Opera. Despite tepid reviews, it received three Oscar nominations.

In 1985 Schumacher struck gold with his third feature film, St. Elmo’s Fire, which he directed and co-wrote. Brat Packers including Rob Lowe, Emilio Estevez and Ally Sheedy as well as a young Demi Moore starred in the story of a bunch of Georgetown grads making their way through life and love. Even the theme song was a hit and is still played to evoke the era. The film offered a pretty smart take on the complexities of post-college life.

His next film was a big hit as well: horror comedy The Lost Boys, about a group of young vampires who dominate a small California town, starred Jason Patric, Kiefer Sutherland, Corey Feldman and Corey Haim. It became a cult favorite, and a TV series adaptation has long been in the works.

Schumacher had a high-concept screenplay by Peter Filardi and an A-list cast — Julia Roberts, Kiefer Sutherland, Kevin Bacon, William Baldwin — for the 1990 horror thriller Flatliners,about arrogant medical students experimenting with life and death, and the director hit it fairly big again, with a domestic cume of $61 million.

While those hits captured the era well, others during that period were misfires, such as the 1989 remake of the French hit Cousin/Cousine called Cousins and starring Ted Danson and Isabella Rossellini and the sentimental Dying Young, starring Roberts and Campbell Scott.

But in 1993 he showed what he was capable of with the critically hailed Falling Down, starring Michael Douglas as a defense worker who’s lost it all and decides to take it out on whomever he comes across. The film played in competition at the Cannes Film Festival.

The New York Times said the film “exemplifies a quintessentially American kind of pop movie making that, with skill and wit, sends up stereotypical attitudes while also exploiting them with insidious effect. Falling Down is glitzy, casually cruel, hip and grim. It’s sometimes very funny, and often nasty in the way it manipulates one’s darkest feelings.”

Schumacher’s next film was also a solid hit. The Client, based on a John Grisham novel, was a highly effective legal thriller that also boasted terrific rapport between Susan Sarandon’s lawyer and her 11-year-old client, a boy played by Brad Renfro who has witnessed a murder.

Between the two Batman films, Schumacher directed another Grisham adaptation, A Time to Kill, which sported a terrific cast (including Samuel L. Jackson, Kevin Spacey, Sandra Bullock, Ashley Judd and a career jump-starting turn by a young Matthew McConaughey) and, while not without its own weaknesses, asked important questions about race.

After the second Batman he made the much darker, smaller-scale thriller 8MM, which followed a miscast Nicolas Cage as a family-man private detective in pursuit of those who made what appears to be a snuff film.

His next film, 1999’s Flawless, about a homophobic cop who’s suffered a stroke, played by Robert De Niro, and a drag-wearing Philip Seymour Hoffman, was formulaic — the odd couple who couldn’t be more different find out they have a lot in common — but it sported excellent performances by the leads and certainly had heart.

Switching gears dramatically, Schumacher made Tigerland, starring a young Colin Farrell in the story of young recruits preparing to go off to Vietnam. It had a gritty look, but while some critics saw an earnest quality, others saw cynicism.

Schumacher’s 2002 thriller Phone Booth, which reunited the director with Colin Farrell and Kiefer Sutherland — and intriguingly trapped Farrell’s antihero in the title New York City phone booth for almost all of the film’s running time — had critics and audiences alike talking, even if the ending was a cop-out.

Schumacher started out in showbiz as a costume designer, earning credits on 1972’s Play It as ItLays, Herbert Ross’ The Last of Sheila (1973), Paul Mazursky’s Blume in Love (1973), Woody Allen’s Sleeper (1973) and Interiors (1978) and 1975 Neil Simon adaptation The Prisoner ofSecond Avenue. He was also credited as the production designer on the 1974 TV horror film Killer Bees.

Born in New York City, he studied at Parsons, the New School for Design and the Fashion Institute of Technology in New York. He worked in the fashion industry, but decided to instead pursue a career in film-making. After moving to Los Angeles, he applied his fashion background to working first as a costume designer and worked in TV while earning an MFA from UCLA.

Schumacher directed a couple of episodes of House of Cards in 2013, and in 2015 he exec- produced the series Do Not Disturb: Hotel Horrors.

Schumacher was just a towering force; awesomely creative. I guess the best legacy for him is that his films will live on forever. Tremendously creative, huge loss! RIP!

KEATON’S BAT RETURNING? — He may never play Birdman again, but new reports from THR and The Wrap claim that Michael Keaton may be set to reprise his role as Batman. Both outlets report that Keaton is in early talks to return as an older version of the hero in Warner Bros’ upcoming Flash movie and that the deal could extend to other DC films. Keaton last donned the cape and cowl in 1992’s Batman Returns and has since appeared in the Marvel Cinematic Universe as Spider-Man-villain The Vulture.

According to THR, if all goes as planned, Keaton could be set to fill the role of a Nick Fury-like mentor helping and guiding Barry Allen (Ezra Miller) and other heroes in the DCEU. But TheWrap stressed it’s unclear just how big or small Keaton’s role in The Flash will be.

The Flash movie, at one point titled Flashpoint, is said to loosely adapt the comic book event of the same name that saw Barry Allen go back in time to save his mother, which altered the DCUniverse in major ways. The consequences of Barry’s actions will also be a way for the movie to introduce the DC multiverse to movie audiences and the idea that there are different versions of characters living in alternate universes beyond our own.

This is a concept that has been heavily explored in the comics and in The CW’s Arrowverse but that DC movies have so far avoided introducing to more general audiences that aren’t as in the know.

Introducing the multiverse in The Flash would be a way to cleanly bring in Michael Keaton’s Batman to the current movie universe, despite the fact that his character history would directly clash with the DCEU’s own Batman, previously played by Ben Affleck. The multiverse could also be a way to explain why Matt Reeves’ The Batman seems to exist outside of the confines of the DCEU.

Just how much hopping Keaton’s Batman will do across the multiverse remains to be seen, but his Gotham City recently appeared in the Arrowverse crossover event Crisis on Infinite Earths,itself an adaptation of the brilliant comic book series that established how DC’s inter-dimensional cosmology worked. In the TV adaptation, the Gotham City where the Tim Burton movies take place is located on Earth-89, one of the Earths that was erased from existence during the event.

Boy, and you thought the Marvel movies were sometimes hard to follow!

Coincidentally, Crisis on Infinite Earths also saw Miller’s Barry Allen meet TV’s Barry, who is played by Grant Gustin. It’s unclear whether this means that this was a teaser to how the TV and movie universes will interact going forward as DC pushes the multiverse onto the big screen. We also don’t know if the erasure of Earth-89 will be part of Keaton’s Batman’s backstory in The Flash and beyond.

While the Keaton news is certainly very exciting, especially to this writer who grew up watching the Burton movies, it’s also important to note that things could change, especially when it comes to this Flash movie. This DCEU project has been in development for years and has been a revolving door for directors and writers since it was announced in 2014. At different points, Seth Grahame-Smith, Phil Lord and Chris Miller, Rick Famuyiwa, and John Francis Daley and Jonathan Goldstein have all been signed on to direct. And let’s not get started on the list of writers, which include Lord and Miller as well as a team-up between Grant Morrison and Ezra Miller at one point. Also, just for the record, the personnel at both DC and Warner Broshas changed repeatedly, with each new team claiming they knew the right way to go! NOne did and were summarily dismissed.

Most recently, WB gave the keys to IT director Andy Muschietti, who will direct from a script written by Christina Hodson (Birds of Prey). Time will tell if this is finally the team that sticks.

All this sounds great, but there’s been so much misinformation via DC, that I now question everything. Heck, they’ve even confused a good portion of the fan-boys (and, girls).

I’d love to see Keaton return, but, who knows? When the CW changed the timeline and story line … everything changed.

SHORT TAKES — You know that old saying: everything old is new again? Singer/songwriter Vic Kastel recorded some terrific original music in the mid-70’s. He’s lived with it for years and is releasing it next month on his album, Time Traveler (Island Avenue Records). Two tracks on it, “Don’t Ever Let Me Catch You Giving Up On My Love” and the ballad “First Impressions” are instant classics. We’ll have more on this diamond in the rough soon, but here’s a sneak peak at the cover of the album …

We watched HBO’s initial episode of the heavily-revamped Perry Mason series and boy, was it re-vamped. For a moment I thought I was watching LAConfidential. Mason’s now an unshaven, substance-riddled would-be private dick. I realize that changes had to be made, but this is so different than the legendary Raymond Burr-series, that I think it confused most. Still, HBO claims it was their biggest premiere in two years. That said, it’ll be interesting to see what happens. Matthew Rhys, who was so lauded for his performance on FX’s The Americans, to me, had zip chemistry. I think a stronger-lead might have improved things ten-fold. I’d love to hear New York Post scribe-Michael Starr’s take on it. His book on Burr several years back (Hiding In Plain Sight), shed a lot of new light on the show … and, Burr. Stay tuned … Check out the Keith Girard’s NY Independent’s interview with our fave-grunge-rockers Daeodon: https://www.thenyindependent.com/music/16944/daeodon-grunge-forever-strangers/ … We mentioned it last time, but the best parts for sure, of Netflix’s Space Force, were John Malkovich and Nilsson’s “Spaceman.” Just off the charts … Now, here’s an idea worthy of our current times: Grateful Dead Vegan Deodorant with flavors like Sunshineand Timber. Me? I’ll take the sunshine! Check it out: https://www.cnn.com/2020/06/21/entertainment/grateful-dead-vegan-deodorant-trnd/index.html…